Indian Ginger Is Making Its Presence Felt In International Market 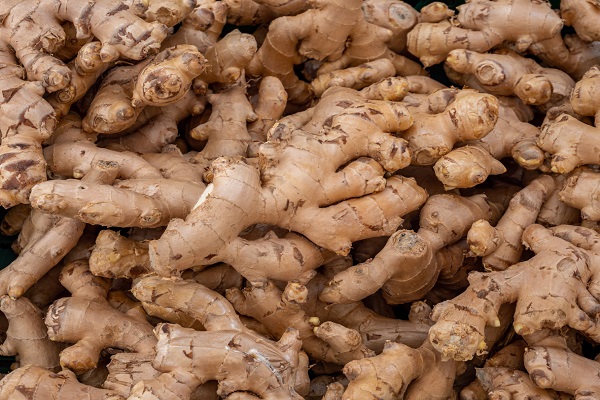 India is supplying ginger at a competitive price, enabling it to penetrate the buyer’s markets of the USA, Europe, and Russia. The reason India is able to become a major player in the international ginger market is because of two factors:

As a result, ginger’s season for India, which started a few weeks back, is thriving.

According to experts, the demand for Indian ginger is growing exponentially. The crop’s high demand might lead to the market year for ginger from April to May after it started mid-October. Despite India being the largest ginger-producing country globally, with the numbers standing between 1.5 million tons and 2 million tons per year, the crop can last till April or May.

India currently contributes between 40 and 50 percent of the global production of ginger. The experts believe that Indian ginger is of better quality than China and is offering the crop at a competitive rate.

The domestic market for ginger is for fresh bulbs due to the pandemic. Currently, about 10 to 15 percent of the product is converted to dry ginger, which is exported to other countries. But the scenario is changing, with the rising demand for fresh ginger across the world post-pandemic situation.

Ginger known for offering health benefits and as an immunity booster, the US, Europe, and Russia are increasing their import of ginger from India, both fresh and dried.

Market experts believe that Europe, Russia, and the US ginger markets can be of huge profit to Indian ginger exporters with an increase in the export volume. But to warrant success, India needs to improve the process controls required to ensure an efficient supply chain.

India has the potential to become the major player in the ginger export market with its improved quality. Already the Indian exporters of ginger have started taking orders from European, African, and Asian countries.

The price for dry ginger had remained stable after the price increase on November 3, the day before the market closed for Diwali.

$2,14 per kg for Super Deluxe Quality

$1,68 per kg for  Broken Quality (For Grinding Purpose)

India has already been steadily increasing its ginger production in the last few years. Compared to the previous season, the production and acreage for the crop have increased this year. With good weather conditions, the production volume is expected to increase. The improved production rate gives India an advantage over the other international ginger exporting countries like China, Brazil, and Thailand by offering a competitive price.

It is predicted that despite the increase in production with improved domestic and international demand, the prices being capped for ginger are unlikely. Therefore, the market trend for ginger in India is expected to stay firm and bullish in the coming days.