Indian Onion Prices are Expected to Pick Up 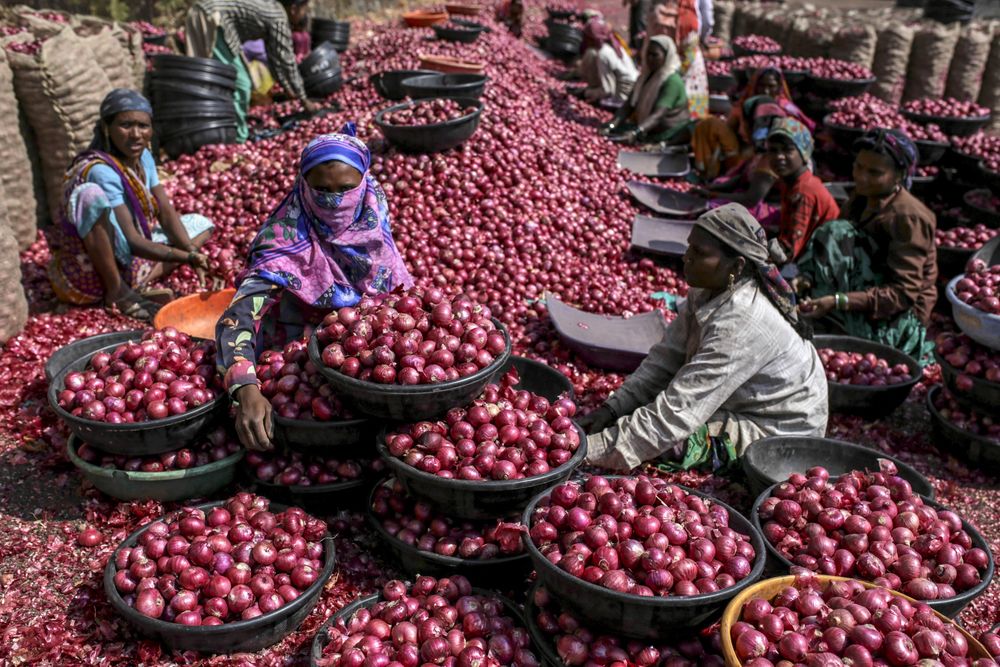 Onion prices have increased by $ 10.13 a KG over the past 10 days in markets across Maharashtra’s Nashik district, the commodity’s hub, but prices are likely to head south once early Kharif onion begins arriving next month.

According to Ministry of Agriculture and Farmers’ Welfare data, modal price (rates at which most trades take place) of onion currently is $ 29.04 a Kg at Lasalgaon agriculture produce market committee (APMC) yard, Asia’s largest, against $ 18.91 on September 13.

Recent rains in the region had damaged the stocks and traders were putting it at 20-30 per cent, Chaudhary said.

Ajit Shah, Horticulture Produce Exporters Association (HPEA) President, wondered where damages to the stocks were reported. “As far as I know, no damage has been reported to onion stocks,” he said.

“Rainfall in the Nashik region has been higher this year. So, stocks could have been affected,” said RP Gupta of the National Horticultural Research and Development Foundation (NHRDF).

“But onion prices this year will be lower and will not rise to levels seen last year at this time,” he said. During the same time last year, the modal price of onion ruled at $40.49 in Lasalgaon APMC before peaking at $72.88 on October 31.

At retail outlets, onion prices surged to $1.35 a kg, forcing the Centre to ban exports and allow duty-free imports. Both were relaxed from January this year.

Despite prices being lower, exports of onions have been tardy this year. “They are expected to pick up after November. Exports have been hampered by high freight rates, especially to the Far-East. Container availability has also been an issue,” said HPEA’s Shah.

“Exports are taking place though on a subdued note. Pakistan’s new crop has hit the market and this year, arrivals are higher,” said ACEA’s Prakash. As a result, shipments from the neighbouring country enjoy an edge.

“Pakistan’s stocks are from the new crop, whereas our offerings are from the old crop. Naturally, buyers prefer new stocks,” said Shah.

Recently, Indian exporters cut their offer rates by $15 a tonne hoping to attract some demand. “There is no doubt that Indian onion enjoys a premium in the global market. The only issue is that buyers abroad, affected by the ban on onion exports from India last year and in 2019, always seem to have other options,” said Prakash.

“Pakistan’s rates have also begun to increase. It is moving some of the buyers towards us,” said Shah.

Currently, Pakistan is quoting its onion at $300 a tonne free-on-board compared with India’s $400.

“Our exports have been affected mainly since our prices are higher than competing countries. Traders are not getting good margins,” said NHRDF’s Gupta.

Shah said some traders were holding stocks at $243-256 a tonne and they were incurring another $54-68 for storage. “Traders need to recover their money,” he said.

Exporter Chaudhary said the oncoming early kharif onion quality is reported to be good and will begin arriving from next month.

“Initially, we heard there was some damage to the crop but it has recovered. The quality is reported to be good,” said Prakash.

“The early kharif onion crop is good, not only in Maharashtra but across the country. Farmers in many States, especially in the South, have planted onion this year,” said Gupta, indicating onion production could be higher.

Shah said a correct picture of the crop would be available only after October 15.

Onion has three crops -the early kharif crop begins arriving around mid-October, while the late kharif will hit the market around the New Year. The rabi onion crop arrives after April.

In 2019 and 2020, the onion crop was affected by untimely rains in States such as Karnataka, Madhya Pradesh and Maharashtra. Both years, retail prices zoomed to $1.35 a kg during October-November, forcing the Centre to step in to control the price rise.