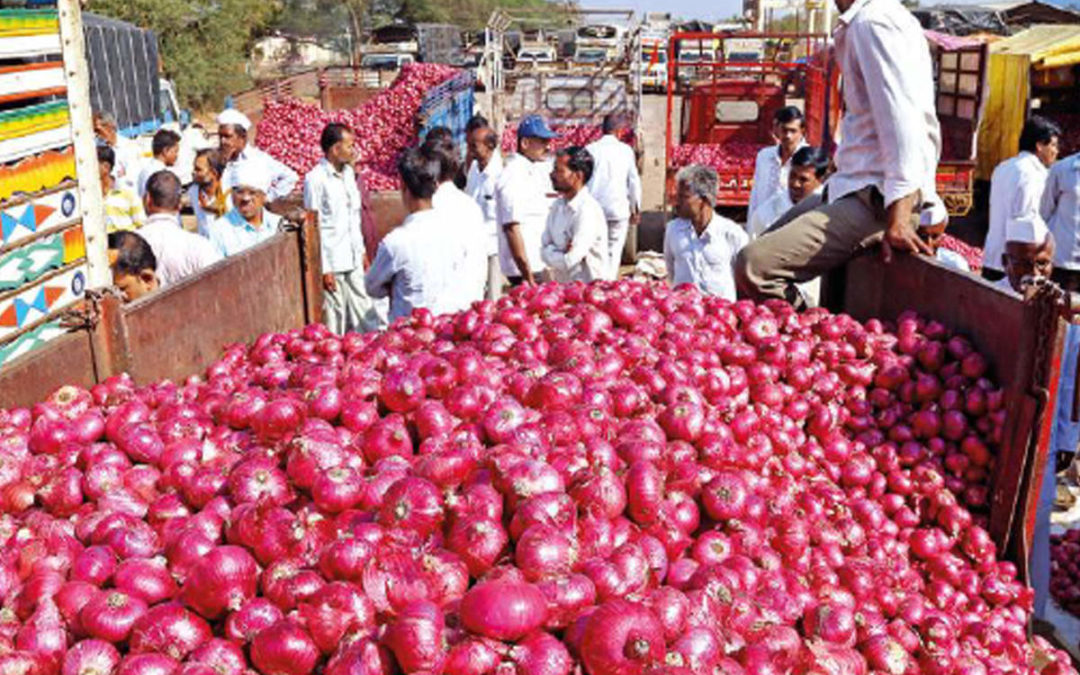 The onion prices are expected to remain at a higher trajectory during October-November, as erratic monsoon may lead to an eventual delay in harvest, according to a report by Crisil Research. Delay in arrival of the Kharif crop and shorter shelf life of the buffer stock because of Cyclone Tauktae are likely to fuel a rise in prices, it added.

“There is likely to be an increase of more than 100 % in onion prices this year as well, compared with 2018. Prices are expected to cross $ 0,45 per kg for Kharif 2021 because of the challenges faced in transplanting the crop in Maharashtra, though this will be slightly lower year-on-year (1-5 per cent) on a high base of Kharif 2020,” the report noted.

Onions prices are likely to remain at a higher trajectory during October-November following delay in crop arrivals due to rainfall deficit as August, the key month for transplantation, did not see any recovery in monsoon, the report said. Rainfall deficit stood at a cumulative 9 per cent as of August 30, 2021, it added.

Crisil Research expects Kharif 2021 production to increase by 3 % year on year. “Though the onion crop from Maharashtra is anticipated to arrive late, additional acreage, better yields, buffer stocks and the expected export restrictions are expected to lead to a marginal decline in prices,” it noted.

Last year’s corresponding festive season, onion prices had doubled compared with the normal year of 2018 – mainly due to supply disruption caused by the heavy and erratic monsoon that damaged the Kharif crop in Andhra Pradesh, Karnataka and Maharashtra, the report said.

The southwest monsoon started on June 3, signalling a good start to the Kharif season. Farmers have preferred crops such as onion and chilli over highly perishable tomatoes, as per the report. On average, India consumes an estimated 1,3 Million tonnes of onion every month to meet this demand, and the crop is grown in three seasons – Kharif, late Kharif and rabi.

While rabi onion contributes to 70 per cent of the total onion production, the Kharif onion plays an important role in maintaining supply during the lean period of September-November, a major festive season for India, the report said.

Thus, the vagaries of monsoon are expected to delay arrivals of Kharif onion in the market by 2-3 weeks to the end of October or the beginning of November. Therefore, prices are likely to be elevated until then, it said. The government has taken several measures to curb the rise in onion prices, including a buffer stock of 0,2 Million tonnes that has been set for onion for fiscal 2022.

Almost 90 per cent of the planned buffer stock for onion has been procured, with the highest contribution coming from Maharashtra (0.15 million tonnes).

The report further added that onion acreage is expected to increase by 1 per cent year-on-year in marketing year (MY) 2021 (Kharif marketing year 2021 includes Kharif crops sown from April to August 2021 harvested and sold in July to December 2021).