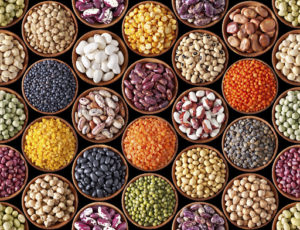 The pulses market turned bullish after the government relaxed stock limits on pulses last week, and a firmer tone is likely to continue this week due to weak sowing coverage. Flood fury faced major pulses growing states like Maharashtra and Karnataka recently. Monsoon is active and torrential rains received in several parts of the country have created flood-like situations which may damage the crops, anticipated a trade analyst. Pulses market will take direction from the further mood of the monsoon, said the analyst.

The revised notification provides that now the stock limits will be applicable only on Tur, Urad, Chana and Masoor for a period up to October 31.

For wholesalers, the stock limit will be 500 tonnes, provided that it should not be more than 200 tonnes of one variety. For millers, the limit will be the six months” production or 50 per cent of annual installed capacity, whichever is higher.

For retailers, the stock limit remained the same at five tonnes.

Importers, millers, retailers and wholesalers should continue to declare their stocks on the portal fcainfoweb. Nic. In case the stocks held by them are higher than the prescribed limits, they should bring it to the prescribed stock limits within 30 days of the issue of this notification dated July 19.