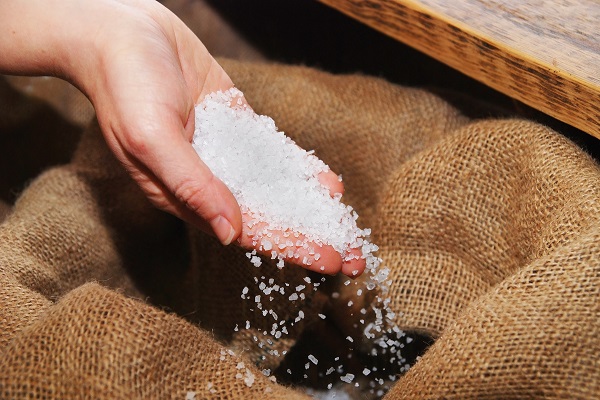 Indian sugar has found its way into the Egyptian market, filling the space left empty by Brazil, according to traders. The transcontinental nation is probably buying sugar for the first time in decades from India after having sourced it from the Latin American country till now.

“Egypt is getting Indian sugar through international trading firms. They are buying in small quantities and this is done either on the high seas or sometimes it is redirected after reaching a particular destination (ports) in the region,” said a trading source, without wishing to identify.

Sugar that is headed to troubled destinations in the region such as Syria and Lebanon is also being redirected to Egypt, the source said.

When contacted, Indian sugar industry officials and traders said they were not aware of any such development.

At least 15,000 tonnes have been exported to Egypt in the past month by trading agencies. India’s S-30 white sugar with 100 ICUMSA (a norm for sugar standards globally) has been shipped to Cairo.

Indian sugar is in demand in the global market, which is facing a deficit due to low production in Brazil and recovery in consumption. Fears of lower supply have also pushed up sugar prices to a 57-month high.

Currently, raw sugar for cash is quoted at 19.99 US cents a pound as also March contracts on Intercontinental Exchange (ICE). White sugar in London is quoted at $513.70 a tonne  for March delivery.

Besides Egypt, a good amount of Indian sugar is being exported to Djibouti. “From Djibouti, Indian sugar goes to Ethiopia. At least 25,000-30,000 tonnes have been going to that region every month,” Sagar said.

Bulk Logix, which ships rice and sugar, has exported 10,000 tonnes of the commodity in the past month from the new crop, he said.

“Exports to Afghanistan have been affected due to the internal problems there, while shipments to Sri Lanka are slow due to foreign exchange crisis in the island nation,” he said.

Last season, 50 per cent of Indian sugar exports went to Indonesia, Sri Lanka and Afghanistan. With Iran opening up its market now, Indian sugar could head to Tehran. Iran was the largest buyer of Indian sugar in 2019-20 before it was discontinued due to payment problems.

“We have to see how the dollar payment is made by Iran,” Shaikh said.

The contracts signed for exports are expected to be delivered by February next. Sugar industry experts say that India is well-placed to meet rising demand for sugar across the globe even as other suppliers such as Brazil, Thailand and Australia are struggling.

Last season, India exported 7.1 mt of sugar while this season shipments are expected to be 6-7 mt. Exports are expected to help domestic sugar prices to stabilise. Currently, S-30 grade sugar in Maharashtra is quoted at $0.43-0.44 a kg.

India’s 31 mt of sugar production projected for this season is also likely to help exports. Last season, production was 31.2 mt. Exports last year helped cut the inventories to 8.3 mt from 10.7 mt a year ago.

A feature of this season’s exports will be that they will take place without any government assistance. During 2020-21, sugar exports were helped by a $47.10 Billion assistance package from the Centre. In the 2019-20 season, the Centre extended a $87.47 Billion package for exports.

Sugar exports helped in providing liquidity to mills and assisted them in clearing dues to sugarcane farmers that topped over $270 Billion last season.