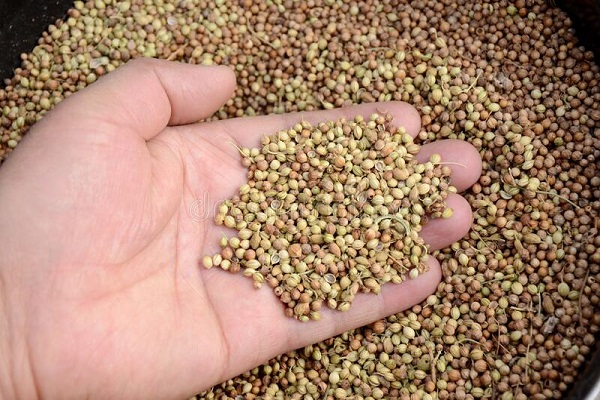 However, a recent increase in the arrival has been reported in new Coriander crops in the major mandis of Rajasthan. In the Ramganj mandi of the state, the arrivals of coriander increased by about 17-18 thousand sacks per day. The arrival of coriander was also reported to be rising by three and a half thousand bags in Bara. However, due to the delay of sowing of coriander by 20-25 days compared to normal, the pressure of its arrival has also started building up with almost the same delay.

In Rajasthan and Madhya Pradesh, there has been a significant decrease in the sowing of coriander in the current year. The estimates presented in a seminar held in Rajasthan showed that the total availability of coriander in the country is expected to be 12 million sacks. It also includes the outstanding stock of 30-35 lakh sacks. According to the estimates of the participants of this seminar, total 10-12 million sacks of coriander can be produced in the country in the current season.

Gujarat is expected to produce 4,5 million bags, Madhya Pradesh 2,5-3,0 million bags, and Rajasthan only 1 million bags of coriander. Farmers are expecting attractive prices from this crop. Apart from this, farmers’ selling has also remained limited compared to expected. Due to this, coriander remains strong in Rajasthan. In Ramganj Mandi, Badami Coriander has recently jumped up to $1,31/1,37 per kg. Eagle quality remains at $1,37/1,50 per kg due to limited stockists’ selling even after fewer arrivals.

Traders believe that coriander can touch the level of $2,61 per kg anytime in the current season. As soon as the profit-booking sell-off ends in the coming days, coriander is again expected to increase.