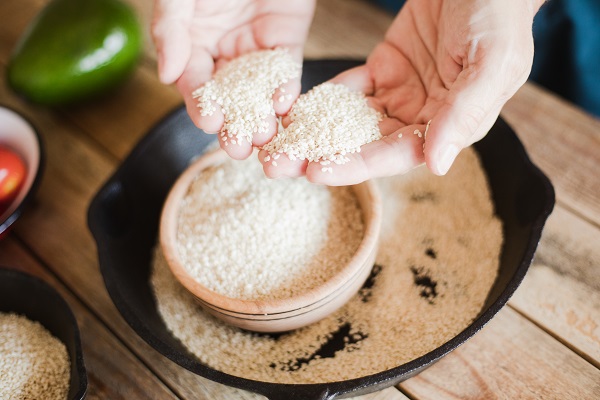 Analysis suggests the market’s future and the price of the African Sesame Seeds would primarily be determined by the quantity that China will import from the continent. Experts also pointed out the price of the crop will also be influenced by the following:

Delving further into how the future of the African Sesame seed market will shape is reported to be impacted by the consumption from the following countries.

The current trend for consumption of the crop has been stable at about 160 thousand tons for the last few years. But it can change as the concern for the logistics from Nigeria keeps increasing.

In the last year and this year, China has invested in systematic buying, and the import quantity remains at over 800 thousand tons. With currency appreciation in place, the countries like Niger and Sudan can benefit. China is also considering replacing Ethiopia with these two former countries as its leading suppliers for Sesame Seeds.

The import of the crop in the Middle East has been in small quantities due to the COVID-19 restrictions. As a result, the import is limited to 140 thousand tons. But it is expected to improve as the travel bans are lifted.

While these factors will determine the future trends of Sesame seed in Africa in the global market, it also remains to be seen how the African countries are shaping up with their production and carry-over stocks for the future.

It produces both white and mixed Sesame seed, and the production is about 120,300 MT to 130,00 MT. The primary consumers are China and Japan for both crushing and hulling. The crops of 2021 are almost over.

The quality of the crop was better compared to last year. However, the crop produced in the north of the country was affected due to heavy rains.

Currently, the shipment is pending for the existing stock.

The leading importers are China and Japan for crushing. However, as the shipment is still going on, there are chances of having carry overstock from 2021.

Imported mainly by Turkey, China and Japan and had a production of 20,000MT to 25,000 MT. The season for picking up the crop started recently and is relatively slow. However, according to experts, the season is expected to pick up post-December 22.

The other two countries producing Sesame seeds from East Africa are

The country mainly exports to Japan, China, Turkey, and the Middle East. Despite having better crop production in 2021, two factors are impacting the export and the prices – Logistics and currency exchange rate. However, it can benefit as the freight prices in the Indian subcontinent have increased for the Hulled Sesame seed.

It is estimated to have a production of 300,000 MT, which includes both white and mixed varieties. But there is a prediction of shortage in supply of Nigerian Sesame seed for the coming year as farmers have moved towards sowing other crops like Soya, which will yield a better price.

Other countries producing Sesame seeds in West Africa are

The global sesame seed market will be impacted by how African countries perform with their crop. It will also affect India’s sesame seed price. So, far India has been faring well with the export of the produce after it got several tenders from South Korea. However, with Pakistan having a close and easy shipping route with China and the former having good production this year, it remains to be seen how China will import the crop and determine the overall market for the African sesame seed.