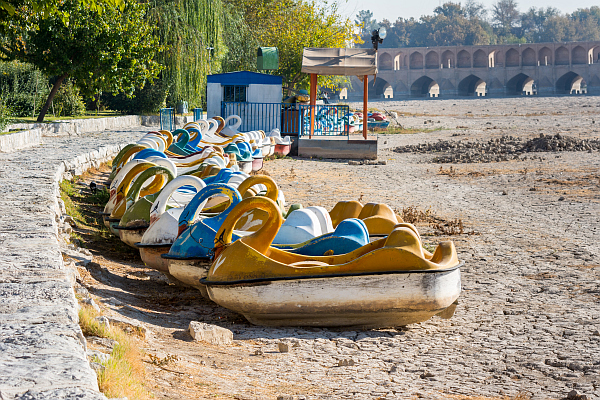 This year, due to the consequences of frostbite in the late last year and continuing drought and water supply restrictions, the production of almonds using an irrigation system has decreased by 45 per cent compared to normal conditions. Also, the production of rain-fed almonds has declined by 80 per cent in Khorasan Razavi province. According to the Agricultural Organizations of Khorasan Razavi Province, the area of ​​damaged lands is estimated at 118,890 hectares. The main reason for the damage of this product is the sensitivity of almonds using an irrigation system to cold. Most of the frost damage occurred at the beginning of this year.

The most common type of almond grown in the region is paper shell almonds. The most crucial almond production areas in the province are Nishabur, Torbat-e Heydarieh, Sabzevar, Kashmar, and Gonabad. In recent years, the production of horticultural and stress-resistant crops has received more attention from farmers and gardeners due to limited water resources in the province, cultivation pattern policies, and more appropriate income than crops. Grafting of trees and gardens is formed to change the types. So that more resistant varieties can replace cold-sensitive cultivars. In addition to the issue of developing gardens in a principled way, improving the crop in terms of quantity and quality is one of the most critical priorities of farmers in Khorasan Razavi province.