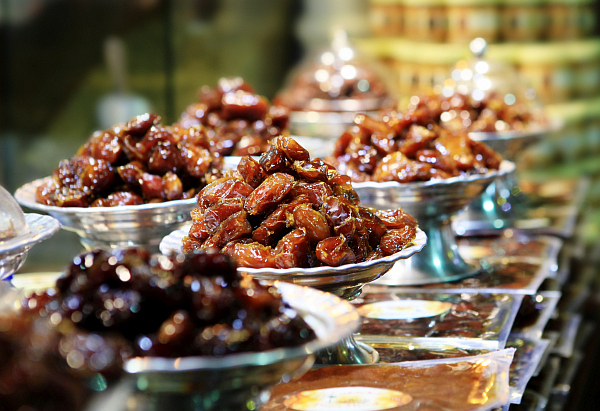 This dry year can cause irreparable damages to the palm gardens and the ecosystem of Iran’s date-growing regions. Water stresses, soil salinity, especially in rainfed areas, and hot and dry winds with dust are the results of drought that adversely affect the region’s groves and ecosystems.

Iran is one of the largest producers of dates globally, and groves are one of the most important sources of income in the southern provinces of the country. In addition, forests are vital in preserving the region’s ecosystem and preventing desertification.

According to the latest FAO statistics, Iran is the third-largest producer of dates in the world. Egypt, with a production of 1,600,000 tons and Saudi Arabia, with 1,500,000 tons, are ranked first and second in the world, respectively. According to the latest official statistics, the average amount of data production in Iran is 1,233,000 tons, which has increased to about 1,317,000 tons in 2020 due to favourable weather conditions. The area under date palm cultivation is 260,000 hectares in Iran. Of this amount, more than 222,000 hectares are fertile, and about 37,000 hectares are infertile. Palm groves are of great economic importance to the southern and data-producing provinces of Iran. At the same time, their essential impact on preserving the region’s ecosystem and preventing desertification is undeniable. Part of the region’s trade is related to dates.

In 2020(March 2020 to March 2021), the export of dates became more than 338,000 tons worth 296,700,000 USD, which compared to last year increased by 42 per cent in terms of weight. The drought phenomenon affects the amount of production per unit and causes a reduction. Due to the climatic conditions of Iran, the major date production areas have been facing water shortages and drought stress for several years. Still, it is not possible to give accurate statistics for estimating drought damage. At the moment, only the management of the drought has to be addressed using different strategies. Cultivation of resistant varieties, Using modern irrigation and low irrigation methods, and water resources management are some of the mentioned strategies. Some more plans should be considered, such as keeping the soil moisture with mulching, Increasing the soil organic matters in suitable conditions, Optimal nutrition and use of anti-stress substances, Evapotranspiration and Photosynthesis management, Proper pruning of trees, Elimination of third-class and uneconomical gardens, and reconstruction of date palms and cluster covering.

Over the past month, the prices of various Iranian export dates have fluctuated. In the first two weeks of this period, the prices of different Iranian export dates decreased due to the increase in the exchange rate of foreign currencies against the Rial. In the third week, the prices were stable in world markets. But in the last week, due to the domestic demand and exportation, the cost of the product was on the rise. Demand for purchase increased with the start of the harvest season in many areas. At the same time, this year’s product supply has not been in line with product demand yet. This has led to an increase in the price of Iranian dates for export. In general, compared to last month, due to the price fluctuations, the prices of some types of Iranian export dates have increased, and some classes haven’t faced any changes. The cost of Iranian Mazafati dates has increased by about 1.5 to 1.8 per cent, the price of Rabbi dates has risen by about 0.6 per cent, and the price of Zahedi and Kabkab dates hasn’t had any changes compared to last month.