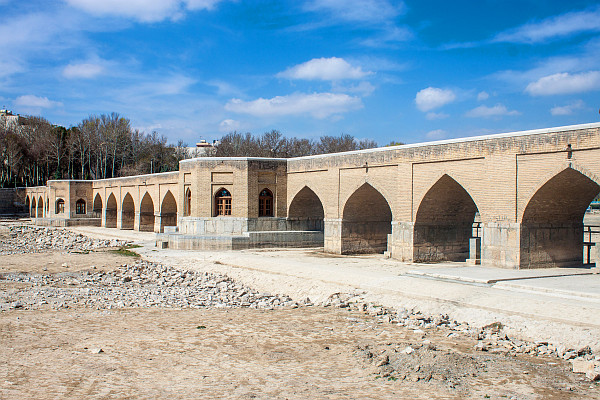 The two factors of frost and drought have led to a decrease in nearly 20 per cent of horticultural products, including apricots, compared to the same period last year in the province. Lack and water scarcity have caused severe damage to the economy of Shahroud in various sectors, including the agricultural part. Nine thousand families make their living from apricot orchards. They have been struggling for years with severe heat, water shortages, and frostbite.

There are 680 hectares of apricot cultivation land in Chaharmahal va Bakhtiari, of which 601 hectares are fertile, and the rest are seedlings. About 3,000 tons of apricots are expected to be produced in the province, and the main types are Malayeri, Tokhmgerdi and Khiari. About 40 per cent of apricot production remains for consumption in the area, and the rest is sent to neighbouring provinces such as Isfahan and other countries. Apricots are also used as dried apricot and fruit roll. The two factors of frost and drought have resulted in a reduction of about 20 per cent in apricot production in Chaharmahal Va Bakhtiari compared to the same period last year. Saman city is the largest producer of apricots in the province. The area under apricot cultivation in this city is 172 hectares. This year, about 500 tons of apricots were harvested from Saman orchards. Due to frost, the harvest of this product has decreased by about 40 per cent in this city.

Shahroud apricot is one of the highest quality apricots in Iran. The income of 9,000 families was provided through 6,000 hectares of apricot orchards in Shahroud. But due to the cold, they have been facing problems for several years in harvest and economic issues. The region’s economy has been affected by being near the desert and extreme heat in summer. Also, lack of surface water reduced discharge, and drying of springs and wells that increase in depth every year has caused many problems with drinking water and agriculture. Shahroud city has significant advantages and features that can have an extraordinary impact on various aspects of Iran. This city is one of the apricot and grape production centres in Iran, and its garden products are very famous. Many families in the town make a living from gardening. They have income, mainly from apricot and grape orchards. Bastam district is one of the leading centres of apricot production, and 10 per cent of Iranian apricots are produced in the orchards of this region in Shahroud city.

Over the past month, the prices of various apricots and dried apricots for export have been increasing. Due to the frost and drought of the past few months, the amount of crop produced is less than previous forecasts, which led to a reduction in the supply of this product. The increase in demand compared to the collection of this product in the past month caused a rise in the price of apricot and dried apricot. Compared to last month, the cost of Gheysi with premium quality for export has increased by about 11.5 per cent, and the price of Iranian dried apricot with premium quality has risen by about 9.5 per cent.