Iran Pistachio: Reduction of 70,000 tons of pistachio production this year 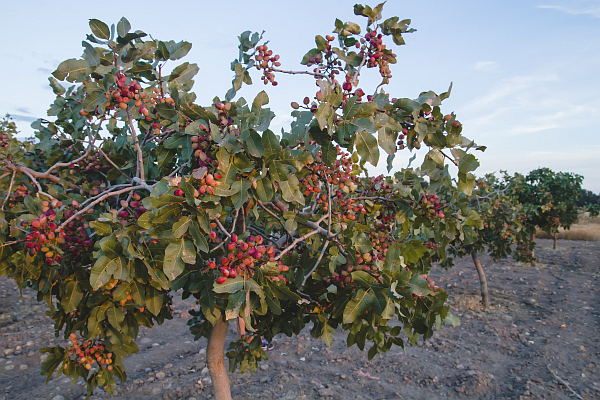 It is estimated that 140,000 to 150,000 tons of pistachios have been produced this year. Frost in April (March 21st to April 20th ) and rising temperatures in summer have reduced production. Two hundred thirteen thousand tons of pistachios produced last year were exported in the previous 11 months. Pistachio exports were mainly to China and India.

The price of this crop has been increasing since late May in the domestic market of Iran. The reason was the increase in the price of pistachios in rival countries. The world price of pistachios must be determined, based on which the price of pistachios will probably increase. This year, 70,000 tons of pistachios have been produced less than in previous years. Last year, the production was about 230,000 tons. Next year’s crops and buds have also been destroyed by climate change. Therefore, it isn’t easy to maintain and manage the market this year. The National Pistachio Association will announce the exact statistics of pistachios this year in late October after the harvest. However, it is estimated to produce 140,000 to 150,000 tons of this crop. Pistachio exports have been favourable, and 213,000 tons of pistachios produced last year were exported in the previous 11 months. This crop was mainly exported to China and India. Ten per cent of this product was shipped to Germany. Approximately 20 per cent of Iran’s creation is for domestic consumption, and another 80 per cent is exported.

It was not raining well this year. When the humidity is low, there will be severe fluctuations in the air, which will make the nights very cold and the days very hot. In late March, pistachio orchards suffered from frost during flowering. This cold weather caused ice in some areas such as Shahr-e Babak, Sirjan, Yazd, and some areas of Khorasan province. This high temperature caused a disturbance in pollination. Therefore, there will be no flower buds. The heat of summer has caused many pistachio crops to become empty inside. In some cities of Iran, the temperature in late June to late August reaches over 40 °C. As proof, the temperature was around 40 °C for 108 hours in August in Rafsanjan, and it was approximately 170 hours in late June, which caused many products to become empty inside. Fortunately, many provinces grow pistachios. Twenty-seven areas of Iran are engaged in pistachio cultivation. The Pistachio Association is educating and helping farmers to increase products. Two million five hundred thousand hectares of orchards have been cultivated with different products in Iran, of which 500,000 hectares are related to pistachio cultivation. Unfortunately, the proper rules for using water are not set, and water distribution is not fair, which causes a reduction in using water.