Iran Saffron: Harvest has decreased due to drought in Khorasan Razavi 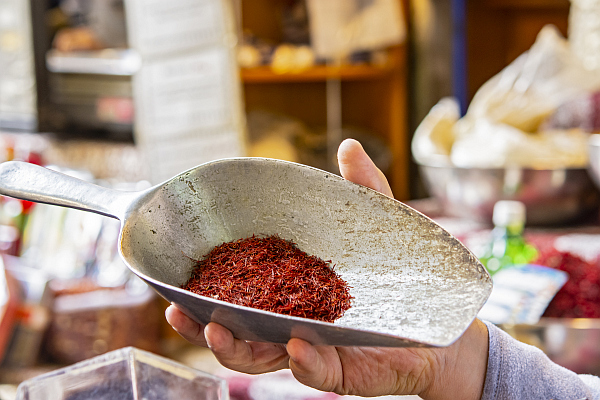 This year, lack of rainfall has reduced saffron production and harvest in Khorasan Razavi. Saffron growers have also faced damages caused by drought in this province.

Khorasan Razavi is one of the active provinces in saffron cultivation and annually supplies half of Iran’s saffron. In most cities and villages of this province, the harvesting of saffron crocus begins in November (October 23rd to November 21st). This crop will enter the domestic and international markets by the capable farmers of this province. However, this valuable product has been in danger for one or two years due to reduced rainfall and water scarcity in Khorasan Razavi, so the saffron harvest has decreased this year.

Saffron production is expected to decrease by 35 per cent due to reduced rainfall and drought in the current year. Saffron is specific to Iran, and its cultivation has economic justification only in Khorasan and specific geographical areas. That is why more than 90 per cent of the world’s saffron is produced in North Khorasan, South Khorasan, and Khorasan Razavi provinces. Drought and high temperatures in summer have also had harmful effects on saffron fields in North Khorasan. Lack has caused corms to be smaller, which affects the flowering of saffron. The larger the corms and flowers, the quality of saffron will be more excellent. Saffron production is expected to decline due to drought and summer heat this year. The average production of saffron is likely to decrease from five kilograms to four kilograms. North Khorasan is the third-largest producer of saffron in Iran.