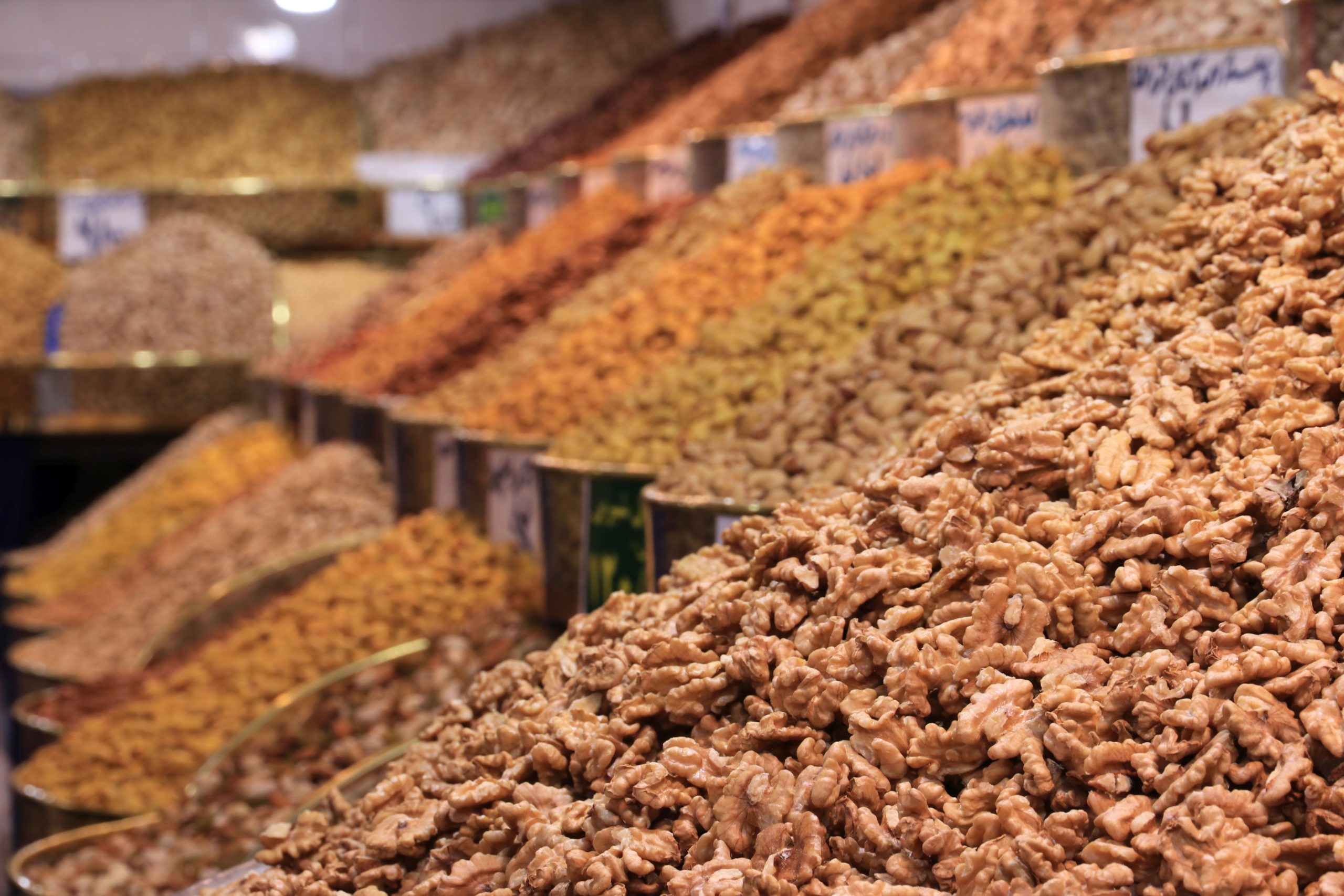 Walnut harvest has started in the central provinces of Iran, including Semnan and Qazvin. The amount of walnut production in Semnan province was estimated at 5.7 thousand tons this year. About 8,000 tons of walnuts are harvested from the gardens of Qazvin. The export of Iranian walnut from late March to late August 2021 has decreased by 85 per cent compared to last year.

According to the Agricultural Organizations of Semnan, the estimated production of walnuts from the orchards of this province is 5,785 tons this year. The area under walnut cultivation in this province is 3,552 hectares. Most of the native types of walnuts are from Shahmirzad. Cultivation of late bloomers grafts has also been developed in Semnan. The main walnut orchards are in Shahmirzad and the surrounding summer highland pastures. In addition, there are walnut orchards in Shahroud and Bastam. Kalateh and Astan in Damghan are other owners of this crop. Walnuts are mainly cultivated in the northern and foothills of Semnan. Walnut harvest in the province begins in early September and continues until late September. In addition to domestic consumption, walnuts are sent to other provinces and countries like Iraq and Qatar from Semnan.

Walnut harvest has started from the orchards of Qazvin. It is predicted that about 8,000 tons of walnuts will be harvested from these orchards. According to the Agricultural Organizations of Qazvin, this county has 5,500 hectares of fertile and infertile walnut orchards. According to estimates, the average production in fertile orchards will be more than 1.5 tons per hectare this year. The most important walnut cultivation areas in Qazvin include Ziaabad, Alamut, Alborz, Farsajin, Buin-Zahra, and Avaj. Zia Abad section, with a cultivated area of ​​about 500 hectares of walnut orchards, is one of this product’s focused and superior genotypes in Iran. More than 3,000 trees were grafted using new commercial kinds resistant to spring cold to improve the poor walnut orchards in the current crop year.

Over the past month, the prices of Iranian walnuts and walnut kernels have been increasing, despite a nearly 5 per cent increase in foreign exchange rates in the Iranian market. Lack of market inventory, predictions about reducing production this year due to drought damage to walnut orchards, and climate stress are other reasons for this increase. In general, compared to last month, the prices of walnuts and walnut kernels for Iranian exports have risen by 6.3 to 6.9 per cent.