Iran Walnut: Harvesting about 16,000 tons of walnuts in Kerman 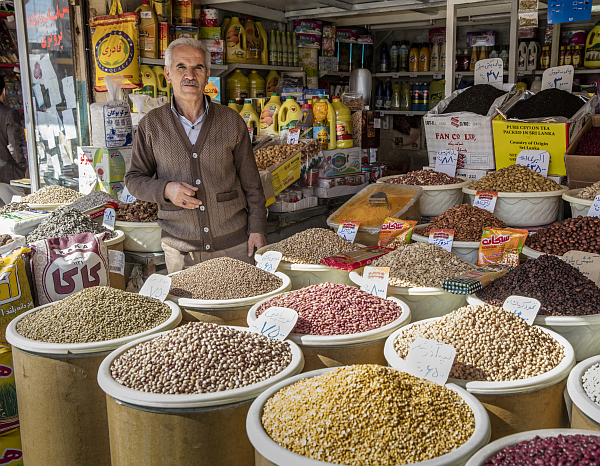 This year, about 16,000 tons of dried walnuts will be harvested from the gardens of Kerman, which has had a decrease of 1,000 tons compared to last year. Baft in Kerman province has the first rank of cultivated area and the second rank of walnut production in Iran. According to the Kerman Agricultural Organizations, this year, the area under cultivation of walnut orchards in the province is 17,100 hectares, of which 3,600 hectares are seedlings, and 13,500 hectares are fertile. It is expected that about 16,000 tons of walnuts will be harvested this year. Last year’s harvest was about 17,000 tons, and this year’s harvest has decreased by about 1,000 tons compared to the previous year due to frost damage and drought in the gardens. About 1,200 kg of walnuts are harvested from each hectare. Walnut harvest begins in late August and continues until late October. About 50 to 60 per cent of the harvested walnuts are consumed within the province, and some are exported to neighbouring countries, which is mainly smuggled.

Baft has the highest walnut harvest in the province. Baft ranks first in the country in terms of area under cultivation with 7500 hectares of walnut orchards. It is also in second place in terms of production. The production of organic and high-quality products has increased the demand for walnut products in this city. Walnut harvest starts on the 23rd of August and continues until the 7th of October in Baft. Walnut production in the city has decreased due to recent droughts and lack of rainfall in the year. The harvest is expected to reach 1,200 kg per hectare. Walnut gardeners in Baft complain about the lack of walnut packaging and processing industries. Also, more than 4,500 hectares of gardens in  Rabor County in Kerman are allocated to walnuts. The crops of the mountainous areas of Rabor are known for their excellent quality and taste. But unfortunately, due to the presence of Leopard moths and frosts, the production has decreased in some city areas in recent years.