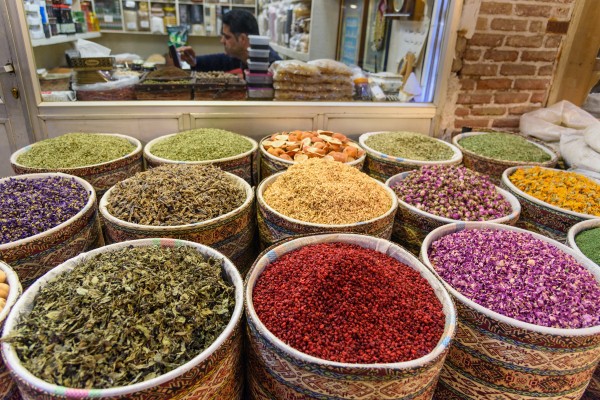 KERMAN – Kerman is mentioned as one of the largest producers of qualified black cumin, which is the best in the world. It can be said that Kerman’s cumin is turned into a global brand. Kerman’s cumin is produced in two types of cultivation and gathering from the wild, and most of them are black cumin (Carum carvi).

However, the reduction of cumin harvest in recent years in Kerman has greatly reduced exporting this product. Black cumin which can be used with rice is aromatic. This crop has other types in Afghanistan and India with lower quality. The popularity of Kerman cumin is that it is scented, and its colour doesn’t change over time which is different from other countries. Especially in Indian green cumin, its colour tends to be black after a while. Importing other countries’ cumin and selling them as black cumin of Kerman caused a change in people’s views in terms of quality and aroma.

Since 2018, due to drought, black cumin harvest has decreased sharply from farms and mountains of Kerman. This led to an increase in the price of Kerman black cumin in Iran’s international markets. Also, importing cumin from other countries to Iran and the countries supplied from Iran got easier. Due to severe drought, the black cumin harvest from Kerman was very limited this year. Unfortunately, imported cumin seeds are sold as Iranian cumin in Iran at high prices. It also caused a sharp decline in exports of this product from Iran.

The amount of cumin export was 197.362 kg from late March to late June this year. In the mentioned period, the United Arab Emirates, Turkey and Iraq were the most important export destinations for Iranian cumin. The UAE importing has got the first place by importing 100.000 kg of cumin from Iran in the above period of 2021. Turkey with 72.632 kg and Iraq with 25.000 kg was in the next place of cumin import from Iran.