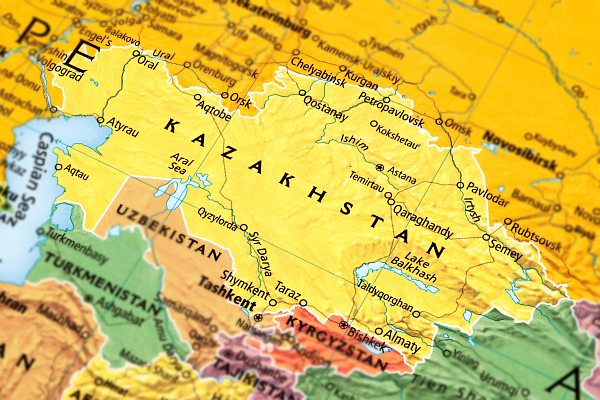 The sunflower harvest in Kazakhstan is not yet finished, but it is already foreseeable that it will be significantly higher than last year. The Ministry of Agriculture expects a total harvest of 944,200 tonnes, 100,000 tonnes more than last year. However, this is no guarantee that vegetable oil prices will fall.

Experts interviewed by Cursive have different opinions on how vegetable oil prices will behave shortly. Some believe that the product will inevitably become cheaper due to the giant sunflower harvest and lower exports of sunflower seeds. Others do not share this optimism.

Under the impact of higher prices, farmers have greatly expanded the sowing of sunflowers, from 756,100 ha last year to 958,500 ha this year.

“By 12 November this year, 863.1 thousand tonnes of sunflower had been threshed at the original weight with an average yield of 10.7c/ha,” the Ministry of Agriculture announced in italics.

A good harvest is also expected in Russia. The Russian Ministry of Agriculture reported on 22 November a yield of 15.3 million tonnes of sunflower seeds, 16% more than last year. According to the Russian analytical centre SovEkon, the average price fell by 400 roubles to 35 650 roubles (205 700 tenges) per tonne last week. Ukraine, another major player in the sunflower market, also expects a better harvest than last year.

“Downward pressure could be exacerbated by the de facto closure of the Chinese market, to which Kazakhstan used to supply its production. Due to the introduction of export quotas, the republic is also reducing exports of sunflower seeds and oil to one of the main buyers of these products – Uzbekistan.

Against this background, Nevzorov expects oil prices to fall. The cost of a litre of butter may drop by 100 KZT to 660 (113 RUB).

Only upwards
The Kazakhstan Oilseed Processors Association expects the price of sunflower to rise and the cost of oil.

About 40% of the increase in sunflower plantings was in drought-affected regions in the north and west of the country.

“The main sunflower growing regions are East Kazakhstan and Pavlodar oblasts with a share of 71%. Monitoring in Pavlodar oblast showed that about 35 % of the crops were infested with meadow moths, and about the same proportion of the cultivated area was affected by drought. In the East Kazakhstan oblast, the sunflower harvest is coming to an end, and according to monitoring data, the yield of the oilseed crop is not higher than last year. Yields in the regions affected by the exceptional drought are lower than last year. The estimates of gross yields take into account the fact that the official data differ by 10-15% from the actual figures,” they said.

They also recalled that Russia had imposed tariffs on the export of seeds, “switching” some countries to Kazakhstan. For example, Turkey will import 18.5 thousand tonnes of seeds from Kazakhstan in the 2020-2021 agricultural year because it is economically viable.

“Sunflower seed prices in Kazakhstan will inevitably increase due to their scarcity both in the domestic market and in the Central Asian market,” it said.