Losses in flax harvest in Kazakhstan affect crop size in 2021 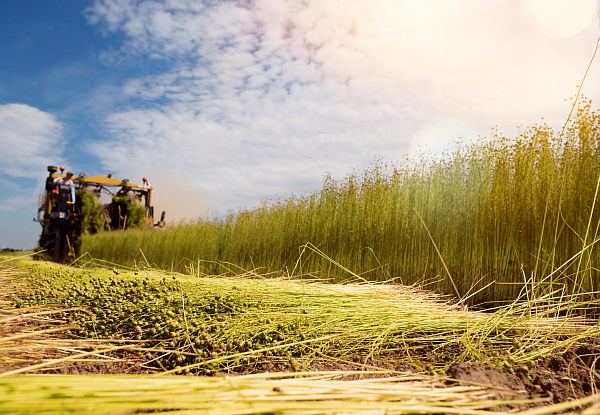 More than 200 thousand hectares of oil flax in Kazakhstan remained unharvested in 2021 due to unfavourable dry weather conditions and the occurrence of a variety of pests. These assumptions were made today by Yevgeniy Karabanov, founder of Northern Grain Group and expert of Grain Union of Kazakhstan, during a presentation at Asia Grains Oils Conference in Qazaqstan APK-Inform reports.

“This year, the area sown to flax on farms in Kazakhstan totalled 1.26 million hectares, which ranks second for the country after last year’s record of 1.343 million hectares. However, the harvested area is lower. This is due to the acute drought that occurred during the flax growing season and a large number of pests that are atypical for this crop. This year, everything went against the oilseeds at once. As a result, part of the crop was lost, and producers did not consider it worthwhile to cultivate these lands. Thus, more than 200,000 hectares remained uncultivated,” he explained.

In his speech, Karabanov also pointed out that the gross yield of oil flax this year was the lowest in the last four seasons, amounting to only 744 thousand tons, while 1.06 million tons were harvested in the previous year.

“Flax exports from Kazakhstan peaked in FY 2018/19 and FY 2019/20 at 496 thousand tons and 484 thousand tons, respectively. Last season, despite the more favourable market situation, shipments were down. Everyone expected the Chinese trend to support demand, but the situation at the PRC border brought shipments to a halt. During the mass export of flax, many people had their wagons at the border for 5-6 months. Our company also had wagons loaded for five months along the entire route – from the departure station in Kazakhstan to the Alashankou border crossing. As a result, many had to return the wagons to the departure station, unload the goods and sell them at other markets,” Karabanov said.