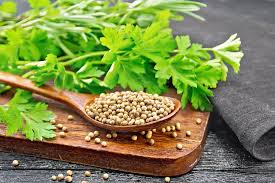 Despite the same demand for coriander as last two months, the prices are going higher in the mandis across the country. For all varieties of coriander, the prices improved, and the traders are hopeful that the prices will pick up even more in the coming days.

The traders in the mandis of Rajasthan, Gujarat, Madhya Pradesh, and Uttar Pradesh stated that the decline in the supply of the spice increased the price. Additionally, with the heavy monsoon across the country, farmers did not bring much of their agricultural produce in the mandis, including coriander.

So, while the demand is still the same for coriander across the country with a slight increase from the local mills of Madhya Pradesh, Gujarat, and Rajasthan along with south India buyers, the prices got a bit higher.

The market reported the arrival of 5,000 fewer bags of coriander seed in the country compared to last trading season, which was 55,000 bags as of July 15. Furthermore, compared to June, the average arrival has decreased by 30 percent for coriander.

With mandis staying closed on July 16 due to the government’s imposition on the stock limits on pulses, traders hope the prices will rise for coriander and other supplies in the coming days.