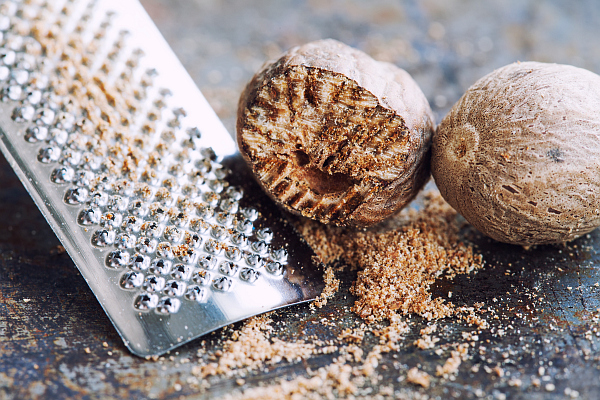 Festival demand ahead of Diwali in major upcountry markets has pushed up nutmeg prices to between $ 8.00 and $ 8.67  per kg. However, production in Kerala has dropped due to unprecedented rains, while various other issues have prompted farmers to expect more on the price front.

Given the rising demand from major consuming centres, they anticipate at least a $0.20-0.33 per kg rise before Diwali. Nutmeg is the main ingredient in the spices, confectionery, and perfuming industry, besides its medicinal values.

Anand Kishore, President, Indian Pepper and Spice Trade Association (IPSTA), said that the fag end of the season has led to lower crop arrivals in the market. Still, there are some stocks available with farmers both in the primary needs and consuming centres.

Nutmeg production with shell and mace (red membrane) put together is 10,000 tonnes. Out of which, 7,500 tonnes is without shell nutmeg, and 10 per cent is mace with 750 tonnes. “The balance is the empty shell weight. Of this, 3,500 tonnes go for domestic consumption, and it is mainly used for the pharma industry,” he said.

PD Zachariah, President, All Kerala Nutmeg Growers Association, highlighted the issues connected with climate change and the two consecutive floods in Kerala that impacted nutmeg production, which is mainly confined to the Ernakulam district. Typically, a lower crop would fetch more prices to farmers. But this has not materialised due to unknown reasons.

The sector was reeling under a host of issues, including Covid related market conditions, non-availability of trains for transportation to North Indian destinations, unnecessary checking of consignments on GST related matters.

“The labour shortage also hit production, especially in the monsoon, considered as the peak harvest time for Indian nutmeg,” he said, adding that farmers are expecting a 30 per cent drop in output this year compared to last year. The price of mace has also come down to $21-23 from the previous year level of $26

The exporter from Ann Impex House of Spices, Sabu Joseph, pointed out that the export market was down, witnessing a 30 per cent drop due to Covid related issues and the resultant financial crisis in many overseas destinations. Gulf countries are the primary export market for Indian nutmeg, re-exported to many countries, including Africa.

However, the improvement in the Covid situation abroad is expected to revive exports. But he is concerned about the unprecedented rains in Kerala, which will likely impact the flowering and have a further hit on production next year.