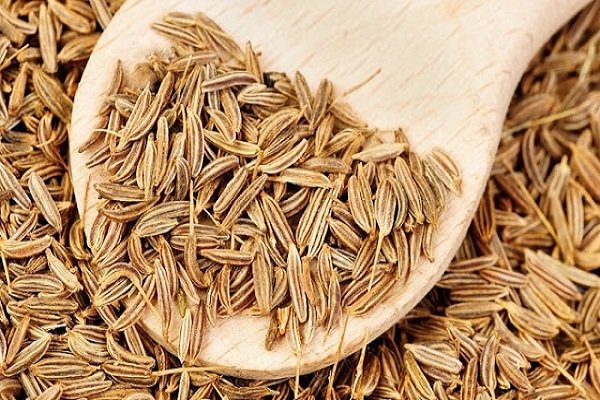 Exports of cumin (jeera) have slowed down considerably over the past few months after China, the largest buyer, mandated shipments are residue-free of nine pesticides, including malathion and carbosulphan. Besides, the rise in Indian cumin prices on lower crops has also made the overseas buyers go slow on purchases, trade sources said.

The average cumin prices during April were up 67 per cent at $2,64 per kg in Gujarat, Rajasthan this year as compared to $1,58 in April last year.

“Exports are weak. For the past three months, shipments are down by around 45.000 tonnes. However, over the past few days, there have been some deals happening and we may see some pick in demand from June onwards,” said Devendra Patel, Chairman, Federation of Indian Spice Stakeholders (FISS), a trade body.

Cumin exports were down by 13 per cent at 0,2216 million tonnes during the calendar year 2021 compared to 0,2548 million tonnes in the previous year, according to FISS data. The exports witnessed a steep decline from October (50% down over the same period last year), November (48%) and December (56%), largely attributed to the decline in shipments to China on account of the implementation of pesticide residue norms.

India, the largest cumin producer, exports about 52-55 per cent of its output. Cumin is mainly produced in Gujarat and Rajasthan, and the production during 2021-22 is seen lower by 37 per cent at 301 million tonnes over last year’s 478 million tonnes on account of lower acreages and a decline in yields, according to the FISS data. The overall acreages were down by around 28 per cent as farmers shifted to alternate crops like mustard. Also, the yields were down by about 12,7 per cent impacted due to the unfavourable climate.

Indian exporters face a challenge in shipping out pesticide residue free cumin as the production of such seed spice is limited. “Gradually, every consuming country is insisting on having pesticide residue free cumin and that’s a big question,” said Yogesh Mehta of SpicExim in Mumbai. Apart from the 31 nations in Europe, countries such as Saudi Arabia, Morocco, Egypt and China demand pesticide-free cumin, he said.

“China, which buys about 60.000-70.000 tonnes of cumin, has not entered the market so far, this year. Due to the pesticide-residue issue, we don’t see any demand from China. Bangladesh, our second biggest buyer, is covering its requirement from Afghanistan. Since the Indian prices have increased compared to last year, the buyer does not want to keep it as an inventory and are resorting to need-based buying,” Mehta said.

Cumin prices in Unjha mandi have moved up from around $2,33 a kg in early March to a high of $2,84 in mid-April and have eased to around $2,65 levels. Besides a lower crop, the speculators are also seen driving up the prices without any demand.

“There has been some buying interest in recent days after the fall in prices, but the slow volumes are a concern,” said Karthik U of Asian Spices, an exporter in Unjha. The cumin exports to China are permitted with Cleared Analytical Report from Spices Board from January this year. China accounts for a third of India’s cumin exports.

The residue-free cumin is grown mainly in the arid regions of Rajasthan, such as Barmer and Jaisalmer. The South Asia Biotechnology Centre, Jodhpur, has been implementing an integrated pest management (IPM) programme in Rajasthan to produce residue-free cumin.

“Around 15.000-16.000 tonnes of IPM cumin is procured annually, directly by the world’s largest spices/condiment companies from the farm gates from hamlets & small villages in the arid ecosystem of Rajasthan. Each lot is tested for pesticide residue from NABL accredited laboratories before the commercial purchase at a premium of around 20-25% above the market price. Facilitated by the Department of Biotechnology’s Biotech Kisan Hub project, smallholder farmers of arid region have been turning to India’s largest IPM production module complying with good agriculture production (GAP) in cumin production to meet the international quality, standard and safety norms,” said Bhagirath Chaudhary, Founder Director, SABC.