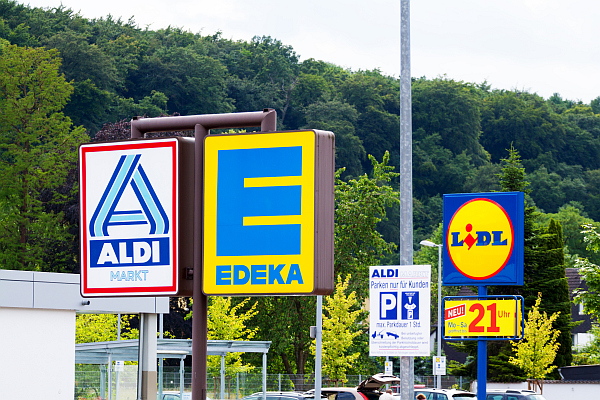 Autumn is an important time of year for food retailing. Because in these months, retailers like Edeka and Co. hold annual talks with manufacturers and suppliers. In these rounds, the supply prices are also discussed and fixed between both parties. Of course, each side has its interests in mind. Conflicts are, therefore, inevitable.

And so it seems to be escalating again at the moment, at least between Edeka, the leading food retailer in Germany, and the manufacturers. The “Lebensmittelzeitung”, for example, writes that Edeka is currently on an aggressive course at the MLF trade conference. The industry newspaper even published a photo of a PowerPoint presentation of the grocer, which reads, “Industry imposes unjustified price increases and imposes delivery stops”. According to this, Edeka board member Markus Mosa harshly rejects the demands from the industry for price increases.

Therefore, according to Mosa, Vitakraft and Langnese-Honig have imposed delivery stops against Edeka, as the “Lebensmittelzeitung” writes. Vitakraft had previously demanded a price increase of 5.1 per cent and Langnese honey of 8.2 per cent. The conflict with Eckes-Granini has been dragging on for months. The juice producer is demanding a price increase of six per cent, which Edeka does not want to pay, so Eckes-Granini no longer delivers. Occasional gaps can already be seen on the shelves of Edeka stores. And other brands have also jumped ahead with their price proposals: Dr Oetker wants a surcharge of 8.9 per cent Henkel of 12.5 per cent. Nestlé subsidiaries Maggi, Wagner and Purina are demanding increases in the double-digit percentage range; Buitoni is even asking for over 25 per cent.

Edeka confirms delivery stops.
Edeka is in an excellent negotiating position here: the grocer was also the largest and most successful in the sector in this country in 2021 and recorded growth this year that was well above the sector average.

In general, neither retailers nor manufacturers comment on exact negotiation details. However, Edeka confirms to Business Insider: “The market-dominating manufacturers are increasingly confronting us with demands for price increases, and delivery stops are sometimes used as a means of exerting pressure.” According to the spokesperson, many of these demands cannot be understood, given the actual development of raw material prices. For months, the shortage of raw materials and containers has been putting pressure on global trade, which is why there are delivery problems everywhere. In the course of this, raw material prices have risen, the traders argue. According to the “LZ”, Edeka had announced that it would take apart the manufacturers’ demands piece by piece, compare them with raw material indices and examine each case “very carefully”. “In the interest of our customers, we cannot accept such unjustified price demands. It is and remains the responsibility of retailers, as mediators between consumers and industry, to keep an eye on proportionality,” Edeka told Business Insider.

More and more often, there are delistings or delivery stops.
Time and again, price negotiations between manufacturers and food retailers lead to conflicts. For consumers, this means more expensive products or empty shelves. Suppose the industry and retailers cannot agree. In that case, the manufacturers will stop deliveries to put pressure on the supermarkets when customers miss the brand-name products they are used to. On the other hand, the retailers threaten to take the products out of the assortment – the so-called “delisting”.

In recent years, the fiercely competitive food retail sector’s situation has become more acute, with conflicts between industry and retailers of this kind becoming increasingly frequent. The US company Kraft Heinz, for example, had stopped supplying its products to the retail giant in 2019 after both sides fought over prices. Customers could not find Kraft and Heinz brand ketchup and barbecue sauces on Edeka’s shelves for a short time. Kraft Heinz had wanted to push through price increases, while Edeka had insisted on price reductions, the then commercial director of Kraft Heinz, Michael Lessmann, told the Deutsche Presse-Agentur at the time. In the meantime, all attempts to reach an understanding had failed, but later an agreement was reached.