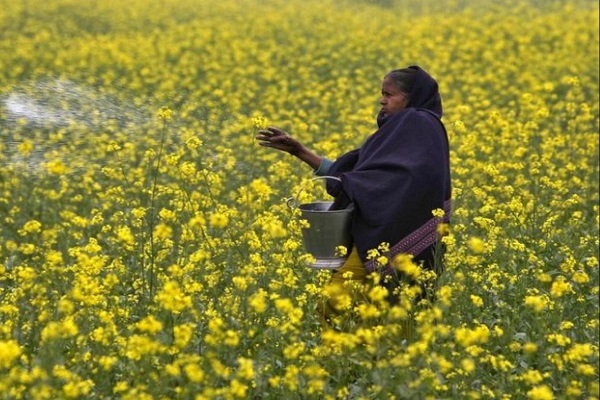 Aided by the early onset of winter and good moisture conditions, the sowing of crops in the ongoing rabi season has increased 7.3 per cent at 34.61 million hectares (mh) as of November 26 over the year-ago period. Over 55 per cent of the season’s normal sowing area has been covered, so far.

The area under wheat, key cereal of rabi season, has gone up 3.4 per cent at 13.8 mh as of Friday, from the corresponding period last year, the agriculture ministry said in a statement releasing the weekly update. Wheat acreage in Haryana has been a tad below last year’s 1.4 mh as farmers have shifted to mustard. But in neighbouring Punjab, the area is marginally higher at 2.94 mh, as against the State’s target of 3.5 mh.

The mustard acreage has surged by 28.4 per cent at 7.2 mh, so far, exceeding even the season’s normal area of 6.16 mh. For 2021-22, the government is targeting an area of 7.58 mh with a production of 12.24 million tonne (mt). Mandi prices of mustard had gone above MSP last year following a surge in its edible oil prices, and currently, the crop is trading at about $ 1.02 per kg in the mandis of Rajasthan, the biggest producing State.

While deciding 2-9% increase in the minimum support prices (MSPs) of winter-sown crops in September, the government had said that the prices were fixed with the aim to encourage crop diversification amid a bumper harvest of wheat and rice and shortages in pulses and oil seeds.

Gram sowing is 7.4 per cent up at 7 mh while total rabi-grown pulses are at 9.75 mh, up 3.7 per cent from last year. The crop area under lentil (masur) has reached 1.09 mh, marginally down from the year-ago period.