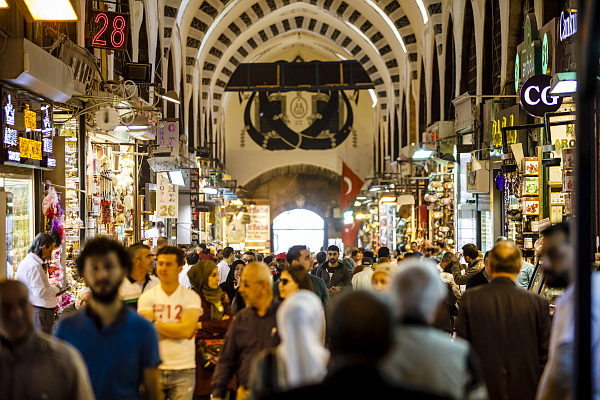 The supply of raw materials is good now, but we still have to note that raw material prices have increased again in the week. Thus, raw kernels of the calibration 11-13 mm were quoted at the end of the week at 50.25 TRY/kg, again significantly above the previous week’s level of 49.50 TRY/kg. On the one hand, this is related to a tremendous domestic demand (one expects an overall increase of about 20% compared to the previous year), but the export demand is still good. In addition, we suspect that the price adjustments are also a reaction to rising inflation. For example, the price of natural gas in Turkey was recently raised by 48%. This will also be reflected in roasters’ operating costs. However, we had also seen that when the Lira weakened in the long run, there was always a relatively quick adjustment in the price of raw materials.

Talking to local crackers, some voices see the price of raw kernels at 52 TRY/kg shortly. The scenario of an eventual TMO selling price above 30 TRY/kg for in-shell commodity and the situation that currently at least 30% of the total crop is still in the hands of the farmers leads to a particular caution. However, there is enough commodity available in the short term. A big unknown continues to be how many deals have already been made for the season and how large the speculative inventory of exporters is.

The Turkish Lira also gave this week again continuously against the euro or U.S. dollar. Also, it is to provide this month again an interest decision. This time, no one dares to make a forecast. There is no basis for confidence and stability, but this would be necessary to stop the decline and inflation.

In total, it continues to be the case that the raw material prices are now rising slightly, but continuously, but the weakness of the Turkish Lira conceals the price increases. Overall, export prices are now even below those of the previous year. As long as the Turkish Lira remains weak, this is a pleasant situation for European buyers. If the national currency were to strengthen again, this would lead to rapid price jumps. This should be taken into account in planning.