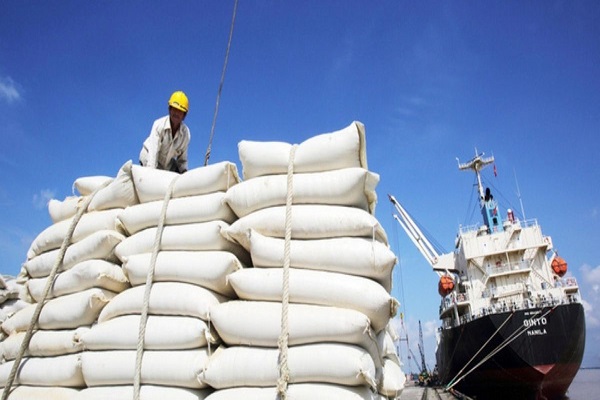 INDIA: Rice exports have slowed down in the past month as the focus has turned towards wheat shipments that are being given priority while rising logistics costs and lack of warehouse space have complicated the issue.

“The waiting time to load rice at Kandla port is one month. This has slowed rice exports, especially to West Asia and North Africa,” said VR Sagar, Director, Bulk Logix.

“Wheat can be handled easily as a bulk commodity. So, bulk carriers are loading ships. For rice, bulk handling is an issue, and not much infrastructure is available,” said BV Krishna Rao, President of The Rice Exporters Association (TREA).

According to Jain, at least 2,1 million tonnes (mt) of wheat could be shipped out of the Kandla port from the third week of March to the second week of this month. “Wheat is being exported across the country from many ports. It is likely to be exported from the Tuticorin port too shortly,” said Rao.

With wheat supplies being affected due to the Ukraine war, India is trying to export at least 1 mt of the grain every month following demands from South, South-East and West Asia, besides North Africa. Last fiscal, a record 7,87 mt of wheat was shipped out, with the Centre targeting 10 mt exports this fiscal.

On the other hand, rice exports, including basmati shipments, are estimated to have topped 20 mt last fiscal. This fiscal, too, the volume could be around the same level.

“When you try to export 10 mt of wheat and 20 mt of rice, the ports can get congested. Our port infrastructure is slack, particularly in terms of handling bulk commodities,” Rao said. However, he said rice shipments from Kakinada port continue, though containers are not available.

This week, Thailand has raised its prices for 5 per cent broken to $430 a tonne, said Rao.

“The problem with broken rice is that ample stocks are not available for exports,” said Sagar, adding that it has become a sellers’ market due to this.

Rao said even the Railways are unable to support bulk commodity loading and unloading, and it is impacting rice more than wheat. “As a result, unloading at ports is slow, affecting even availability of railway rakes,” he said.

The delay in turn, is forcing rice shippers to pay demur-rage charges to ports. “The priority for wheat shipments has created an operational backlog. Also, all warehouses, be it in Visakhapatnam or Kandla, are full with wheat stocks,” said Sagar.

“At least 1,5 mt of wheat have been stored in warehouses around the Kandla port. Most of the stocks are held by multinational trading firms,” Jain said.

Rao said besides these issues, the nearly 10 per cent drop in the euro and franc have affected shipments to North Africa. “Euro has dropped to 1.05 against the dollar from 1.15. Freight charges, too, have increased to $150 from $120 a tonne. On the currency valuation alone, prices will rise by $20 a tonne,” he said. In view of this, the African countries are using up the stocks they have. “Once their inventories drop to an uncomfortable zone, they will begin to buy again. By that time, they expect the situation to ease,” the TREA president said.

India, the top rice exporter in the global market, ships the grain to over 150 countries. It is estimated to have earned over $9,5 billion from rice exports last fiscal. The country also enjoys the logistical advantage in exporting to West Asia and North Africa. With regard to China and Vietnam, it offers the most competitive price for 100 per cent broken rice, used for feed and local wine manufacture.

Indian rice prices are competitive in view of stiff competition among exporters. Record rice production over the last two years and ample carryover stocks with the Food Corporation of India (FCI) have also aided rice exports.