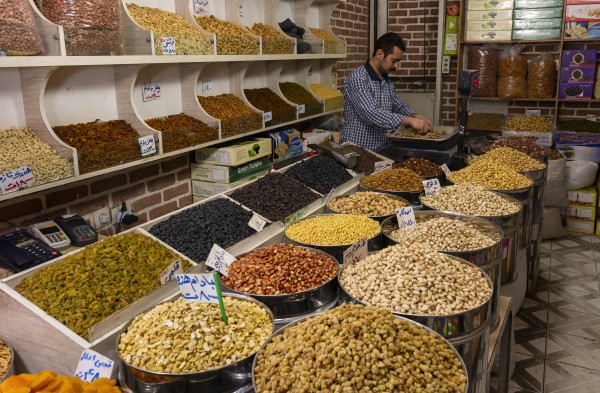 KERMAN – According to the statistics received from the Customs of the Islamic Republic of Iran, the export of Iranian pistachios in June (22 May to 21 June) of this year was equal to 12.279 tons, compared to the previous month, which was about 10.448 tons, has increased by 17,5 per cent. Also, the number of exports of this product compared to the same period last year (9.841 tons) has increased by about 25 per cent.

One of the reasons for the increase in exports in June this year compared to June last year was the increase in the exchange rate of foreign currencies against the Rial, which reduced the price of Iranian pistachios for export in world markets and increased demand for pistachios produced in Iran. Of the 12.279 tons of pistachios exported in June, were 8.545 tons of open-mouth pistachios (69,6 per cent), 1.968 tons of closed-shell pistachios (16 per cent), 1.436 tons of kernels (11,7 per cent), 166 tons of green kernels and 165 tons were other pistachio cultivars.

The adjustment of the trade environment with Iran with the coming to power of the new US administration and the negotiations between Iran and the member states of JCPOA, and the hope of lifting the sanctions have been among the reasons for this increase in Iran’s pistachio exports.

China is the most important market for Iranian pistachios

Among Iran’s pistachio export destinations during this period, China was the most important Iranian pistachio export destination, with 71.865 tons of pistachios imported from Iran, which accounted for 41,2 per cent of Iran’s pistachio exports. After China, the most important export destination for Iranian pistachios in the first 9 months of this year was India, with 16.016 tons. After these two countries, Germany with 10.168 tons, Iraq with 9.738 tons, Turkey with 9.707 tons, UAE with 8.720 tons and Russia with 8.313 tons were in the next places. In the first 9 months of the current commercial year, 136.366 tons of open-mouth pistachios, 18.988 tons of closed-shell pistachios, 16.411 tons of kernels and 1.172 tons of green kernel have been exported from Iran.

Increasing prices due to the lack of stock

Iranian pistachios: Exports increase in new commercial year
Pistachios Iran: market remains strong
We use cookies on our website to give you the most relevant experience by remembering your preferences and repeat visits. By clicking “Accept”, you consent to the use of ALL the cookies.
Cookie settingsACCEPT
Manage consent