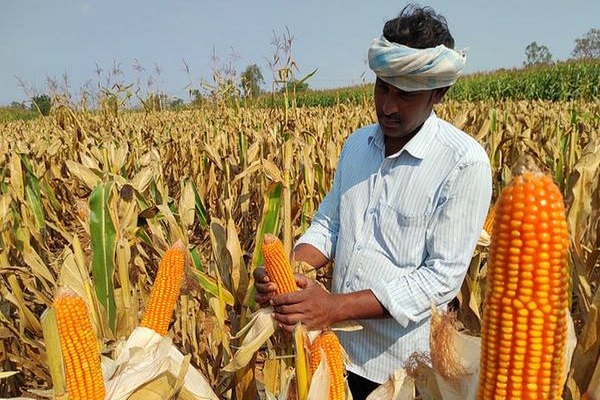 South-East Asian countries, particularly Indonesia, Vietnam and Malaysia, are looking to buy more corn from India with exporters getting enquirers for shipping out a considerable volume until March next year, according to traders.

The demand has cropped up after global corn prices have come off the 10-year highs witnessed during the middle of the year but Indian exporters are competing fiercely among themselves.

“There is good movement of corn to South-East Asia after prices have dropped globally. But there is strong competition among Indian shippers, resulting in tight margins,” said M Madan Prakash, President, Agri Commodities Exporters Association (ACEA).

“There is good demand from Indonesia, Vietnam, and Indonesia. We are getting new orders that will be executed over the next three months,” said Mukesh Singh, Director, MuBala Agro.

After March, the South-East Asian nations will have their own corn crop to meet their needs.

According to Agricultural and Processed Food Products Export Development Authority (APEDA) data, India exported 19.58 million tons export of other cereals — which means maize — valued at $50.74 million during April-October this fiscal against 12.71 mt valued at $27.06 million in the year-ago period.

APEDA data for the first half of the fiscal show Vietnam as the largest buyer of Indian corn, importing 6.05 mt, followed by Bangladesh which bought 5.90 mt. Last fiscal, corn exports increased to a seven-year high of 28.79 million tons.

Though it did not specify any reason, it could be since neighboring countries such as Bangladesh could be importing a little less this fiscal. Dhaka imported 15.66 million tons last fiscal and going by the trend in the first half, its imports could be lower.

But Mumbai-based MuBala’s Singh said exporters see a lot happening the next three months that they, along with growers, have begun to hold back stocks. “We are holding back as we think prices will rise in the coming months. Right now, we are getting corn at $198-205 a ton and even if we get $6.61 higher it will be good,” he said.

Currently, exporters like him are sourcing corn from Maharashtra. “We are getting corn at $228-231 a ton ex-Nashik to be shipped out from Mumbai,” said ACEA’s Prakash.

Currently, Indian exporters are quoting corn at $265-270 a ton free-on-board. According to the International Grains Council (IGC), Brazil is quoting corn at $276, US at $267 and Argentina at $255 a ton. In July this year, corn prices had topped $300 and even ruled higher than wheat.

Kharif season corn has begun arriving and the quality is good, exporters said. While Maharashtra’s new crop is being sourced for exports to South-East Asia, MuBala’s Singh said for Bangladesh, stocks of crop harvest in April from Bihar were being sent.

He said exporters were entering into small deals with importers in Vietnam, Indonesia and Malaysia as it was a safe option. Also, buyers too were comfortable after last year’s bitter experience when some traders canceled their deals as prices increased.

“Last year, some of our traders went back on the forward contracts when prices increased. It upset importers. So, they are a little careful this year,” Singh said.

Exporters’ optimistic outlook for corn shipments is despite bearish signals from the Food and Trade Organization as well as the IGC.

According to ING Think, the financial and economic analysis wing of Dutch multinational financial services firm ING, ending stocks for the US and world moderately signaled a bearish trend.

The FAO, in the Market Monitor report put out by its Agriculture Market Information System, said corn production during 2021-22 is projected to be at a new record of 1,199.7 million tons (mt) compared with 1,157.8 mt last season.