Sesame Prices Failed To Pick Up Despite The Korean Tender 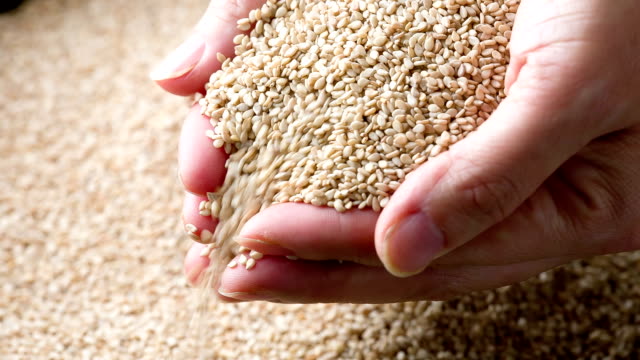 Even though India got a considerable share of the Korean tender, about 9.000 tons, the market failed to reciprocate the same sentiment.

Last month the Korean Tender was released, and it was expected the commodity price would move up with a good purchase. However, the activity in the market is still lacking. Instead of prices going up, there were reports of the rates moving down in a few spot markets.

It is expected that maybe in the next fortnight, the market will move up drastically as the new arrival of the crop starts.

One of the reasons experts believe that the price is failing to move up is the old stock. Most spot markets are still selling the old crop, and the buying activity is dull because traders want the new crop to purchase and fulfill the export demand.

This year, due to the unfavorable weather, the sowing of sesame in India was late; hence, new crops have not flooded the market despite early May.

It is expected that since new crops have started arriving in Gujarat with approximately 45 bags in Amreli district and 51 bags in Rajkot, which are of good quality, the procurement of the product will begin soon.

On the other hand, Gujarat is often the most active state in sesame since they produce the most, and the tide has changed. It is Madhya Pradesh with the most sesame production this time, and hence most procurement will be made by the state to fulfill the tender.