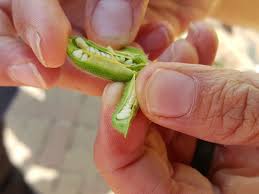 Despite the month starting on a poor note for the sesame seed market, it is now gaining momentum back at a steady pace. Traders believe that several factors are helping in improving the price of the sesame seed in the mandis.

These figures indicate a steady and significant improvement in the price of all varieties of sesame seeds.

According to traders, several factors have caused the northward movement in the price of sesame seeds:

All these factors are going to improve the price of sesame seeds in the coming weeks.