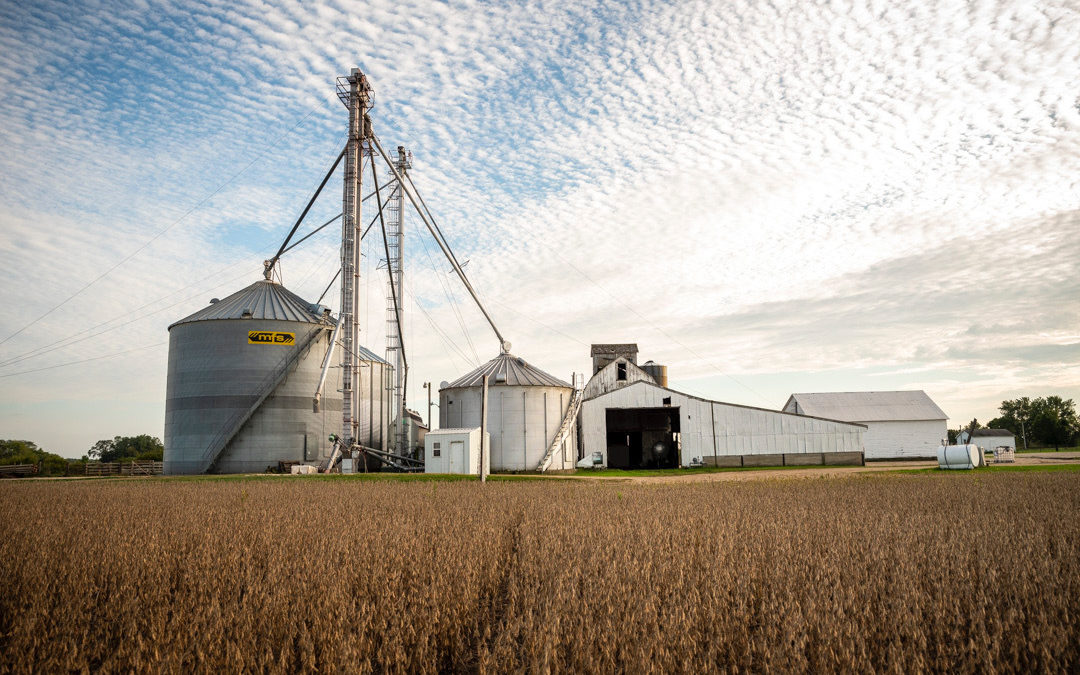 Wanted: a resident caretaker to live in a 28-story facility in rural China. The ideal candidate is responsible for general maintenance and the well-being of 28,000 hogs.

This opportunity might not be for everyone, and it wouldn’t be a vacation. Still, it signals that China is serious about herd health and increasing inventories in the wake of African swine fever.

ASF is a highly contagious viral pig disease. It can spread very quickly in pig populations through direct or indirect contact. The first case of ASF in China was discovered in the northeastern province of Liaoning in early August 2018.

As China recovers from the virus that decimated hog stocks and curtailed soybean consumption for three years, there is optimism U.S. soy will play a valuable role in rebuilding the Chinese hog sector.

“The swine herd is now back to pre-ASF levels,” Jim Sutter, CEO of the U.S. Soybean Export Council, a checkoff-supported organization focused on international marketing, says. “The numbers of swine being fed have recovered and that’s a very positive development for U.S. soy consumption in China.”

Recently, Xiaoping Zhang, the regional director for USSEC in China, told a group of state soybean executives that the swine industry in China had recovered much faster than expected. According to the China Feed Industry Association, swine accounted for 11.18 million metric tons of feed output in August.

“Pig herds and current reproductive sow numbers have exceeded the pre-ASF levels of 2017,” Xiaoping says of the current China market.” The government’s goal is 37- to 41- million head. However, the industry is suffering from falling pork prices and higher input costs.”

Sutter says China is in a much better position now than the U.S. could’ve imagined when ASF began to spread in 2018.

“I think China’s economy and market, because it’s centrally planned, can move with a lot of speed at least for setting up internal protocols,” Sutter says of efforts to combat the spread and infection of ASF.” If you look at the protocols that are in place for zoning and reducing the reliance on moving animals around the countryside, those are protocols that were not in place three years ago.”

Sutter points to China’s centralizing of pork production in areas close to processing plants and the growth of swine skyscrapers with strict sanitary and animal health measures as effective strategies in their response to ASF.

“The facilities are incredibly clean and are very much focused on maintaining animal health and safety while not allowing the transmission of diseases,” he says. “They are now moving pork around the country instead of pigs. These initiatives are placing the swine industry in China in a better position, which is positive for soy demand.”

Outbreaks of ASF last year prompted the culling of animals and increased the amount of pork on the market. Sutter says those factors eroded margins back to the crush level in the soy complex and created very weak crush margins in China.

“That has created lower commitment numbers going into this marketing year,” he says. “Going into this season, we had 11 million metric tons in forward commitments, which was a sharp fall from last year for sure, but I anticipate we will see good purchases over the next few months, just more hand-to-mouth than they were last year.”

“There has been some talk about electricity rationing cutting crush rates, but we believe that this will be short-term, and crushers will continue to run to supply the large China livestock industry,” reports Xiaoping.

“China is by far the largest crushing country in the world,” Sutter says. “We have all heard rumors that they may purchase meal instead of beans but my opinion is that they will want to continue to buy beans rather than meal as they have the infrastructure, and they need both meal and oil.”

U.S. soy farmers set an export record for soybeans last year, but surprisingly they did not set a record for exports to China. For USSEC, that is a clear indicator that their strategy of diversifying markets is paying off.

“We are on the right track in terms of diversification,” Sutter says. “I’m pleased to see that, and we will continue to look for the next emerging markets. We need to focus on many markets around the world because we want diversified growth and not just growth in one market like China.”

Next year the U.S. will celebrate 40 years of trading relations with China. While China has historically been the largest importer of U.S. soy and the ongoing relationships USSEC manages in the region remain important, USSEC also continues to build other markets worldwide.

“U.S. soybean farmers and the USDA Foreign Agriculture Service have been investing in China for 40 years,” Sutter says. “It took a long time to get started and I think it is a good example of the long-term patient nature of investing. U.S. soy should be very proud of the work being done in China and I think it gives us a model that we can emulate in other markets.”

As ASF fades into the rearview mirror, experts are hopeful U.S. soy will continue to find a home in China.

“It’s not done yet, but it looks like China is taking important steps to ensure they prevent future, large ASF outbreaks, which should be good in terms of seeing demand continue to grow.”  Sutter says about the global impact of ASF and China’s emergence from the virus. “China is a very important soy market as they take 60% of all internationally traded beans – we will continue our work there promoting high quality and sustainable U.S. Soy to their growing industry, but at the same time will use every opportunity to continue our work in diversification to ensure consistently strong export demand for U.S. soy farmers.”

This article was sponsored by the United Soybean Board.