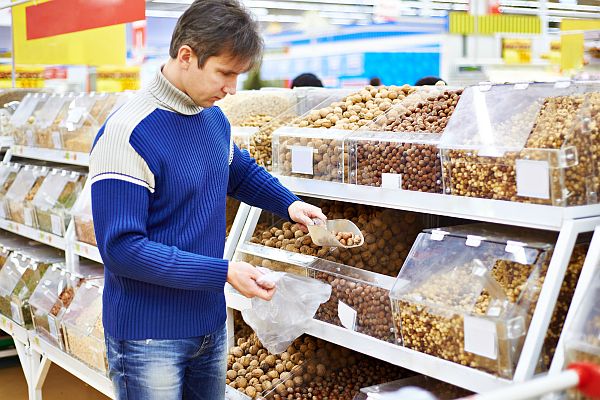 This week, there were no special events in the Turkish domestic market, especially since it was a short trading week due to the national holiday on Friday. Prices are trading at the same level as the previous week, and the behaviour of farmers has not changed either. Furthermore, at the moment, the TMO receives about 5’000 – 6’000 mt of raw material per week. Currently, about 75’000 mt (inshell) have already been bought up.

It is noticeable that the offers for raw kernels are now increasingly starting to differ from each other. This depends on the one hand on different qualities, but also on how the position was financed. We assume that this situation will accompany us throughout the season. It pays to compare.

About the development of the exchange rate, the observation of the closing levels at the end of the trading week looks like a certain constancy. However, the week’s course continues to indicate high volatility, which leads to significantly different daily prices. However, the further development of the Turkish lira is still completely unclear. Now that the expulsion of various diplomats is moving back in the direction of dialogue, the signs are pointing to conflict for further bellicose expansion in the order of Syria.

In terms of export demand, the market continues to thrive on constant more minor inquiries. The trade continues to put a lot of pressure on the industry and is hardly willing to accept price increases. Hazelnut is an exception to the rising prices in the European market, but this market also suffers from a lack of decisiveness.