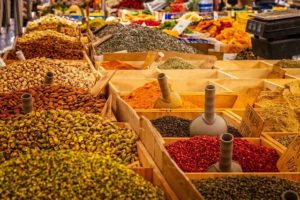 The overall production of cumin for 2020-21 dropped by 6.1 per cent, where the production stands at 856,505 tons. The prediction is that the prices of cumin are likely to go up in the coming months due to low output, incoming festivals and weddings season in India. According to the Spices Board, India exported 299,000 tons of jeera in 2020-21, up 40% on the year. According to a survey conducted by the Federation of Indian Spice Stakeholders, cumin production in India is likely to be 478,520 tons in 2020-21 (Oct-Sep), down by 11 per cent

Similarly, for other spices that saw a slump in prices, like coriander and turmeric, the prices are expected to go up in the coming weeks.

Turmeric A Grade Double Polished as of now at FOB 1,05$/kg

According to the Spice Board of India, small cardamom production was up by 100%, and the country exported to 6,500 tons, up 251% on the year.

It is expected that the overall spice market will move towards a better and improved position in the coming weeks.