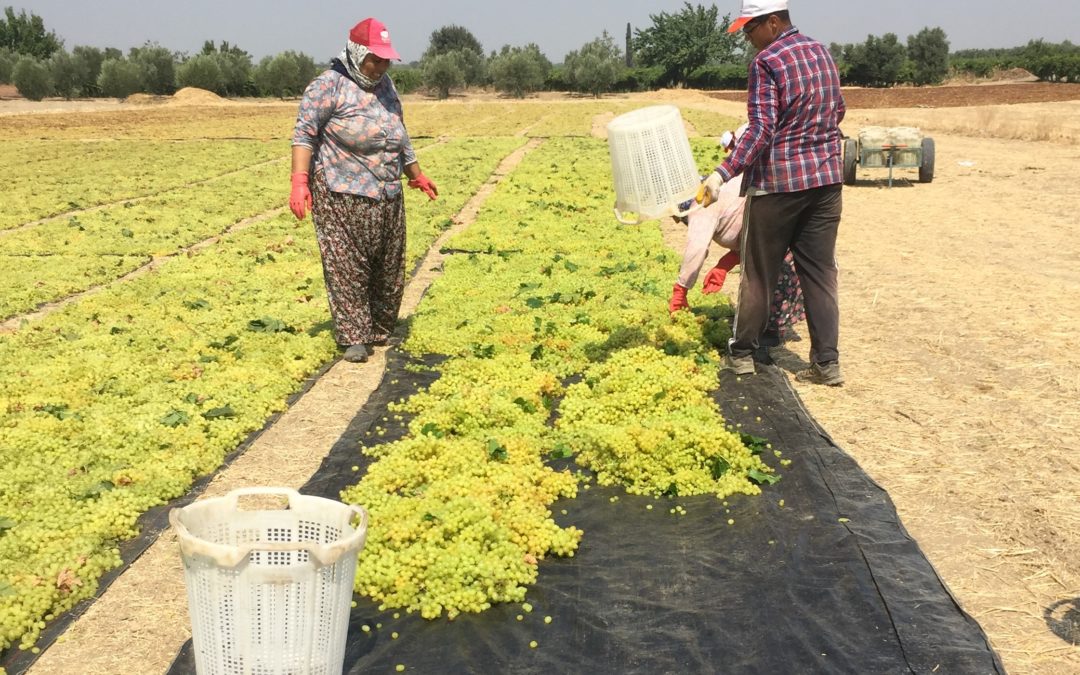 Today is a public holiday in Turkey as National Victory Day is celebrated.

The markets and the Board will be open tomorrow again; however, the high fever of the markets continues. The reason for this is that no official statements are made so far, which angers the farmers. 88% of dried grapes and 16% of table grapes are produced in Manisa. Approximately 100 thousand families earn their living from grapes. Some small farmers who were urged to sell their products at last Season’s prices are angry since they believe that the Ministry is too late with the announcement as almost half of the harvest is harvested and nearly dried.

Market players stated that many farmers withhold their products and wait for the base price announcement. Therefore, not many goods are delivered to exporters yet.

According to the news from many sources, a necessary official statement will be made this week. Exporters still try to buy new crop dried raisins at old season prices. Market players again stated rumours that TMO would announce base prices between 14-15 TL, but the farmers’ expectations are much higher.

Market players stated that the quality of the Sultana Raisins is of good quality, that the berries are bigger and fleshier, and that no disease has been observed so far. Still, the drying period is not over yet.

It has also been reported that very few Thompsons were produced this year since TMO did not buy Thompson raisins last Season. Therefore, it is said that a surprise increase may be seen in the prices of Thompson grapes, especially after the New Year.

Market players stated again that organic grapes are less this year. No organic raisins are yet delivered to the facilities or traders. Organic Sultana Raisins type nr 9 are offered between 2600-2700 USD/mt on a FOB Izmir basis nowadays.