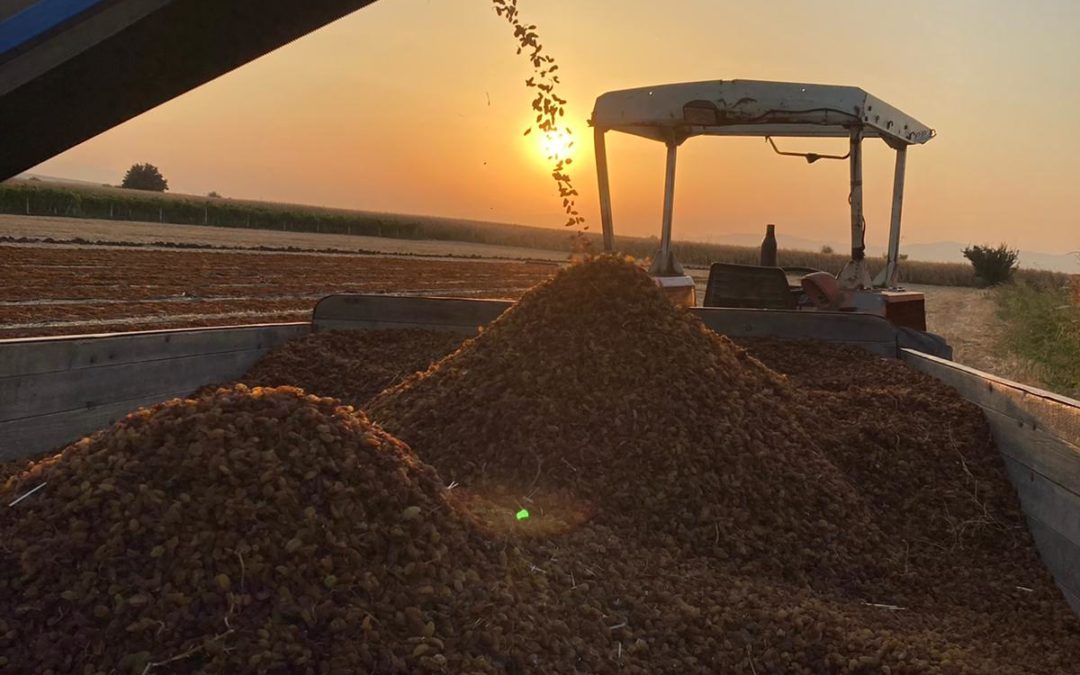 The sultana raisins market has not calmed down as the farmers’ reactions about the low price levels continue, but they have also started delivering their goods to TMO.

Farmers prefer to sell their goods to TMO as the Sultana raisins are traded at 11.30 TL/kg for type 8, 12.00 TL/kg for type 9, and 13.50 TL/kg for type 11 levels at the Board. Market players informed that roughly 20.000 farmers made an appointment with TMO in the meantime. TMO is paying the farmers within one week to 10 days after the approval and has not set any amount or date deadline for their purchase yet. The farmers are warned not to sell their products below the announced prices. Tariş has not started buying yet.

Most exporters are now offering conventional sultana raisins at 1.700 Usd/mt as the Turkish Lira depreciated against the foreign currencies. Organic Sultana Raisins type nr nine are still offered between 2.600-2.700 USD/mt on a FOB Izmir basis.

Sea Freight prices to main European ports are at 60 Usd/mt levels currently. As mentioned, the instability of the TL continues and has depreciated and reached for Usd/TL rate is at 8.68TL ( 8.43 last week) and Euro/TL rate at 10.18 TL levels ( 9.96 last week).