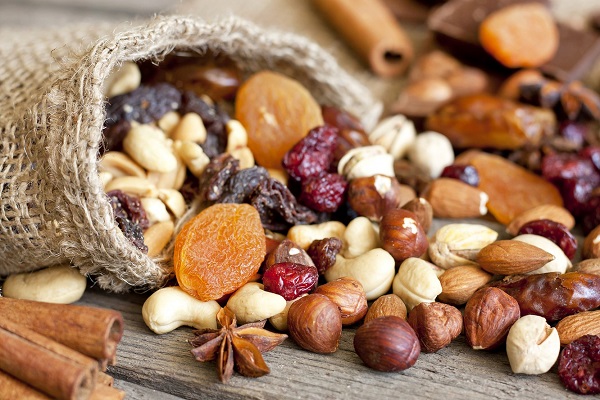 The International Nut and Dried Fruit (INC), the global umbrella organisation for the nut and dried fruit sector, has anticipated a decrease in tree nut output and an increase in dried fruit production for 2021-22.

Following the end of the northern hemisphere harvest, global tree nut production for the year is expected to be around 5 million tonnes (kernel basis, excludes pistachios in-shell). It’s down 8% from 2020-21, but it’s still ahead of FY20 volumes and continues the prior decade’s growth trend.

The world’s dried fruit production is expected to reach 3.17 million tonnes in 2021-22, up 6% from the previous year. Tree nut production increased by 54% from 2011/12 and 2021/22. Despite the difficulties caused by Covid-19, overall demand remained high in the 2020-21 marketing year, with most tree nut exports increasing over the previous season and even reaching record international shipments, according to INC.

Global shipment and logistical difficulties are causing some delays and short-term supply shortages this season, making it difficult to monitor and analyze the situation at any one time, according to Pratap Nair, INC Ambassador to India and member of the INC executive committee.

Production Of Almonds Has Decreased By 8%.

Global almond production is anticipated to fall by 8% in 2020-21, to 1598,900 tonnes, due to a shorter crop in the United States. Because the biggest pistachio producers, the United States, Iran, and Turkey, are having good “off years,” the total harvest is expected to drop by up to 31% to 7,29,300 tonnes from the previous season.

Following last season’s record, global walnut production is expected to fall slightly below 2020-21 levels, to 984,925 tonnes, as China expects an average crop and California a shorter one. It’s also expected that the crop of Brazil nuts would be smaller.

Crops of cashew, hazelnut, and macadamia are expected to increase by 3 to 7% over the previous season, with pine nuts seeing the most growth, owing to larger crops in China and Russia.

The outlook for dried fruits is bright, with a much greater crop of prunes and dates expected, as well as a somewhat higher harvest of dried grapes (raisins, sultanas, and currants) and dried cranberries. In the United States and Serbia, as well as Chile and Argentina, where a stronger 2022 harvest is forecast, prune production is likely to recover. Due to the construction of new plantations in North Africa and the Middle East, date output is predicted to increase in all origins.