Turkey Hazelnuts: Has the bottom now been reached at commodity prices? 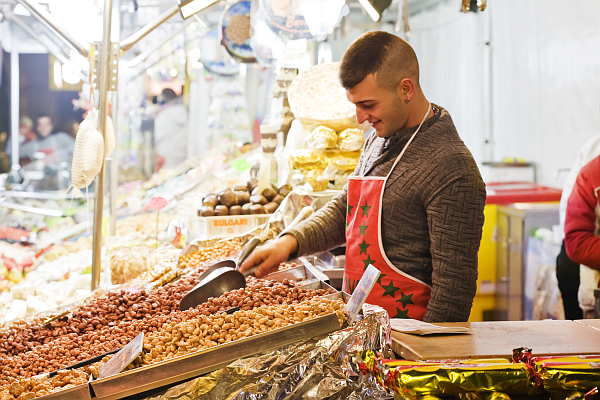 After the last few weeks of declines in commodity prices, a turning point now seems to have been reached. We registered a slight increase in prices in the market. This is due to increasing demand, especially from large exporters, who are now starting to build up stocks, suggesting that they no longer expect prices to fall further. There are also concerns about the quality of the product. We hear of lots where 10% of the kernels already have to be sorted out, and as the weather forecasts for the coming weeks continue to be mixed, it is not expected that the future lots will be any better. Several lots at the TMO, but also the crackers, are refused to be accepted. We are already curious that good lots of the 2020 crop are trading at higher prices than the 2021 crop. The discounts are causing resentment among the farmers, so they are now keen to get as high a base price as possible. Accordingly, we see the TMO continuing to get hold of larger volumes. There is talk of about 33,000 mt already.

In addition to the increase in the raw commodity (23.5 to 24.0 TRY/kg), European buyers are seeing that the lira has been able to gain somewhat against the euro again, or that the euro has lost purchasing power, which may also have something to do with a possible change in US monetary policy shortly. In any case, we saw rising prices again due to the cost of raw materials and the exchange rate.

In Europe, the market is still not gaining momentum, which is also due to the dragging negotiations between industry and trade. Thus, the general price increases make it more difficult to close deals and, therefore, the buyers’ risk appetite. Since hazelnut prices have been falling so far, there was no need to rush. Now that there are signs of a trend reversal, we are curious to see how the market will react. Is there still business for short-term deliveries, or are the buyers already so comfortably covered that one can continue to wait.

As we see it now, we will see a very divided market in the further course of the season. For example, there will probably be few batches of natural cores that meet the quality criteria from the second half of the season onwards. These will then likely be traded at a premium. With the preparations, on the other hand, we do not expect prices to rise significantly because of the many lots with high defects. But even in the area of raw kernels, there will not necessarily be significant price increases. Especially from a quality point of view, it is not unrealistic that the market leader will organise part of its purchase from TMO stocks later. This demand would then be missing in the market. The season, therefore, remains exciting, mainly due to the quality factor.