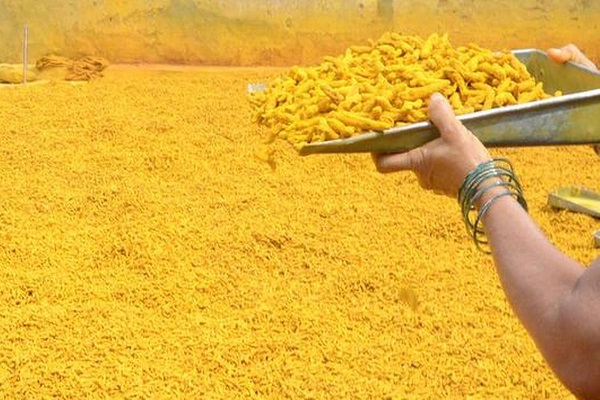 The turmeric market is witnessed to be between steady and weak during April. The trend is not as expected earlier and is becoming a headache for the farmers.

The buying of turmeric remained sluggish in the market. As a result, the Erode Gatta Edge was quoted to stay at the previous price of $1,14 per kg. The recession in the price is about $0,61 per kg.

The arrival of turmeric, despite the weak activity, is about 9500 sacks. The other factor putting pressure on the price is the speculation of a future decline in the price by $0,89 per kg. Traders and stockists are into limited buying with the expectation of lower prices. Experts believe there won’t be any improvement in the price in the next couple of days. Instead, the price will decline further in the next six to seven days.

So far this month, there has been a steady decline in the price of turmeric and all its varieties. The last increase in the commodity price was recorded on February 7, 2022. Since then, the price has been going down for the bulbs. This is becoming a concern for the farmers and commodity traders.

Turmeric production remained the same even after the diverse weather.

At present, the harvesting process of turmeric is almost complete in Maharashtra. It is being told that climate change and unseasonal rains have caused a lot of damage to every crop of the season; the turmeric crop has also been affected. Farmers informed that the Turmeric crop had suffered a lot due to rainwater accumulation on farms. According to statistics, Maharashtra produces the highest quantity; it was assumed that its production might decrease due to damage to the turmeric crop in Maharashtra, but the changing weather did not show much effect on the turmeric crop. It is being told that its prices are stable due to the increase in demand and production.

Earlier it was predicted that farmers would get a handsome return for the commodity with increased export and domestic demand. Moreover, since turmeric has immunity-boosting particles in it, the demand for the product was expected to be more, even after the post-COVID-19 market.

Last year there was an appreciation of the spice by 62 percent compared to 2020. Also, the decrease in production due to heavy rainfall was expected to support the market. However, no such improvement has been witnessed in the last couple of months. Instead, the market has been one a bearish mode since the second week of February.

It remains to be seen whether the turmeric market will bounce back in the coming days.