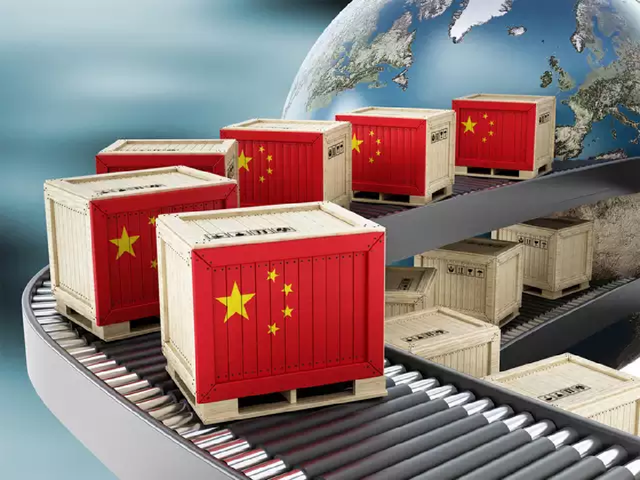 India is scoring big on all major economic parameters. The naysayers believe that India’s economy is in a bad shape, but data has been proving them wrong consistently. India is well on the path of recovering from the draw-down caused by two waves of the Covid-19 pandemic in the country. As the country paces fast towards vaccinating all eligible adults by the end of this year, and as seroprevalence of the novel Coronavirus increases among India’s population, there is a sense of certainty with which the economy seems to be bouncing back. Mind you, India is clocking economic successes at a time when China’s export-dependent economy has begun unwinding.

The ministry of commerce and industry said on Saturday that India reported $101.89 billion in exports in the quarter ending September. This is the first time that Indian exports have crossed $100 billion mark. According to the Hindustan Times, in September alone, the exports stood at $33.44 billion, according to government data. In August, the figure was $33.28 billion. The highest export amount in the second quarter was recorded in the month of July ($35.17 billion).

The Modi government has set an export target of $400 billion for financial year 2021-22. Until September, that is in the first six months of the current financial year, almost half of that target stood achieved. Exports from India till September this year touched $197 billion. This is an increase of no less than a whopping 56.92 percent in the year-ago (2020) period and 23.84 percent compared to April-September 2019. In the first half of the last financial year, India’s exports stood at USD 125.61 billion.

India’s merchandise exports jumped 21.35 percent to USD 33.44 billion in September on a year-on-year basis. In September, merchandise imports stood at USD 56.38 billion, an increase of 84.75 percent compared to the year-ago period. Exports of engineering goods stood at USD 9.42 billion, up 36.7 percent over September 2020.

PLI scheme and how government seized the opportunity

India’s success comes in the backdrop of the global pandemic which had disrupted the supply chain market. China – the world’s factory dropped the towel and countries across the globe were left scrambling around in search for alternatives. Sensing a window of opportunity, the Modi government swooped in and in March last year, launched the PLI scheme and fast forward to today, the same has been extended to nearly 10 vital sectors of the economy.

However, the Modi government is not sitting on its laurels and patting itself on the back just yet. With six more months to go, the target of $400 billion exports looks well attainable. With the introduction of the PLI scheme in the textiles sector, the Union Textiles Minister, Piyush Goyal has set eyes on the target of textile exports worth 44 billion dollars by next year, compared to the current 33 billion dollars.

The End of China’s Export Economy

China is reeling under a new and stronger power crisis. The manufacturing powerhouses of China – Jiangsu, Zhejiang and Guangdong provinces are the worst hit. Together they account for one-third of the Chinese economy and lead China’s colossal exports industry. Strict measures have been announced to cut electricity use in these provinces and manufacturers have warned that it could lead to lower outputs in the three provinces.

The shutdown of industries in China will inevitably end up hampering production, which in turn, would take a toll on the Communist nation’s exports. While the Chinese Communist Party regime punishes Chinese industries for its own ineptitude to deal with the country’s many crises, India is increasing its foothold in the global markets. In the years to come, the Modi government will set even more ambitious export goals. India’s export saga has just begun, and it has a long way to go still.