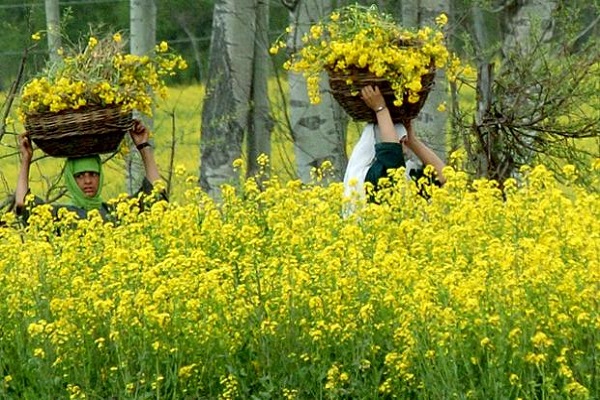 As market arrivals have peaked, prices of key rabi crops wheat and mustard are ruling above the respective minimum support prices (MSPs). In the case of wheat, strong demand from export markets has pushed the prices up, while local demand for mustard is high. Chana (black gram), another winter crop, has been ruling below MSP because of bumper harvest and higher buffer stocks with the government.

According to officials, global, as well as domestic demand for oilseeds is driving the mandi prices above MSP. “This month, when a bulk of the mustard crop is expected to arrive in the market, the mustard prices could rise to around $0,95 per kg,” Suresh Jain, secretary, mustard mandi board, Bharatpur, said. The mustard prices, despite the anticipation of a record seed production of 11,45 million tonnes (mt) in the 2021-22 crop year (July-June), have been mainly driven by anticipation of disruption of imports of sunflower oil from Ukraine and Russia. Mustard, contributes about 39% of India’s domestic edible oil production while 55% of the demand is met through the import of edible oil such as palm, soybean, and sunflower.

In case of wheat, as India’s aiming at a record 10 Millions Tonnes of wheat exports in the 2022-23 because of Ukraine and Russia conflict disrupting global supply chain of the grain, the mandis prices of especially milling varieties of wheat is ruling above MSP in Madhya Pradesh. India exported 7 mt of wheat in 2021-22. Madhya Pradesh last week announced a waiver of mandi fee and other levies aggregating 3.5% on grain purchases in the state, in a bid to boost wheat exports — the prospects of which appear bright given the elevated global prices.

In Madhya Pradesh, the state government target of 12,9 mt of wheat procurement could substantially decline because of the exports. However, the chana, which has a share of around 45% in the total pulses production, mandi prices at Alwar, Rajasthan are currently being sold at around$ 0,65 per kg against the MSP of $0,69 per kg. However, for building up buffer stocks, the farmers’ federation NAFED (National Agricultural Cooperative Marketing Federation of India Ltd.) has commenced MSP procurement operations in key producing states.

NAFED, till Monday, has procured around 0,38 mt of chana from Gujarat, Madhya Pradesh, Maharashtra, Telangana and Andhra Pradesh from farmers since the procurement began last month. NAFED has a buffer stock of 1,5 mt of chana stock at present.

Trade sources said that chana procurement is likely to pick up pace in the coming weeks as April is the peak month for the arrival of the crop. Bimal Kothari, vice chairman, All India Pulses and Grains Association, said that the chana arrivals in Gujarat and Maharashtra Mandis are rising steadily. “Because of this arrival pressure, Chana prices have come down below MSP,” he had said.