Why Farmers in India Prefer Mustard And Wheat Over Gram? 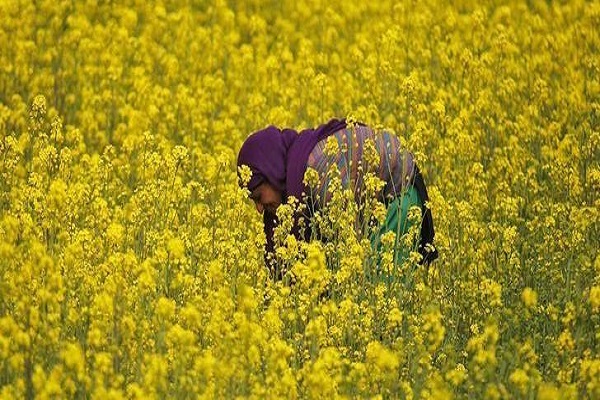 In the current rabi sowing season, Rajasthan State farmers have selected mustard and wheat crop gram (chana), which may jeopardise the State government’s goal of diverting more land from cereal to pulses and oilseed crops.

Official data reveal that, despite a 3.2% fall in wheat area objective from last year’s actual sowing of 31 million hectares, farmers have increased acreage by 25% to 19.01 million hectares.

“Strong pricing and the early advent of winter are the key factors for the expansion in wheat and mustard area.” We can have a clear picture because sowing is expected to be completed in a fortnight – a few weeks early than usual,” said a State government official.

Rajasthan is the nation’s top mustard producer and ranks fifth in wheat production.

The Food Corporation of India (FCI) boosted their wheat procurement for the Central Pool stock in Rajasthan by 5% in 2021, to 2.34 million tonnes (mt), compared to the previous year. During the primary harvesting period of April-June 2021, farmers earned an average of $ 24.94 per 100 kg in mandis, compared to a minimum support price (MSP) of $ 25.64 per 100 kg.

Similarly, between April-June, mandi prices for mustard were 31 to 43 percent higher than the MSP of $ 61.95 per 100 kg.
Source: Krishi Jagran