Why India’s Black Pepper Price Is Expected to Improve? 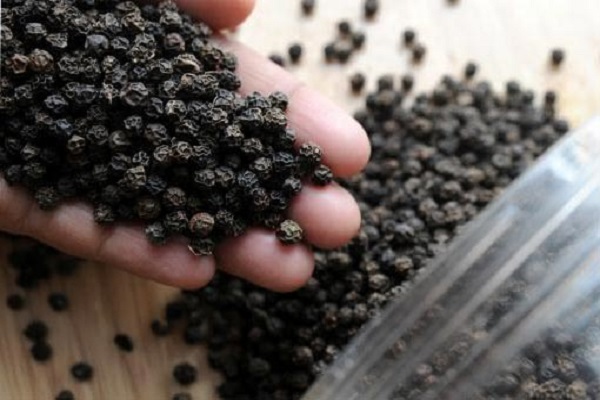 After last month’s slump in the price, there has been a slight improvement in Black Pepper prices in the previous few days. According to market experts, the uptrend can continue for a while. Even if the price does not increase significantly, the trend is expected to stay stable.

One of the leading black pepper growing areas has faced unseasonal heavy rain in the last few days. Due to this, the farmers are being impeded to sell the products in the market.

There is a good demand for black pepper in the market. However, due to the rain, the arrival of the spice is less.

There are reports that the new crop arrived at a steady rate in Kerala’s village and suburb markets instead of Kochi during the last two months. There is a limited supply of pepper in urban markets like Kochi because traders are now going straight to the villages to purchase the commodity at a lower rate than in urban spot markets. The situation led to a slight price increase for black pepper in the Kochi spot markets.

Also, there are reports that the production of Black Pepper in Kerala has lowered compared to last year. The reason is that the farmers shifted to sowing other crops because the domestic market failed to provide a favorable price for the spice in the previous few years.

There are reports of less arrival of black pepper in the Karnataka spot markets. Hence even in this state, the price of the spice is expected to move up.

Earlier, there was more supply of the new crop in Karnataka than demand, putting pressure on the price. But the situation has changed, which has resulted in the price increase. Currently, in Karnataka, black pepper is quoted between $6.70 and $6.76. According to the traders, there is an overall slow activity in the black pepper market.

Lower production in Kerala, with a limited supply of the crop in the market, is expected to improve the price of black pepper in the coming days.