Why Sowing of Indian Sesame is Less 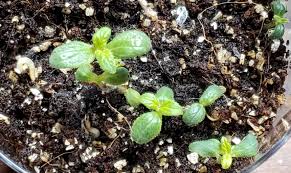 Almost 80-85% of the summer sesame crop has already arrived in Gujarat’s market.

The domestic and export demand for Indian sesame is good. In Vietnam, work is in progress on natural sesame, and there are possibilities for natural sesame export to be started in China.

The farmers of Madhya Pradesh and Rajasthan are more interested in sowing soybean because of the higher prices. The sowing of groundnut in Uttar Pradesh is progressively increasing. As from the last four-five years, the UP farmers have not got a reasonable price of sesame.

So, the possibility of reduction in sowing of sesame is visible in these three states.

As a new crop arrived in the markets of Tanzania and Mozambique. Reports are showing less than crop yields due to which these multinational and export companies had to bought sesame at a high rate. The new crop of sesame in Sudan will arrive in November, but due to the variations in Sudan’s shipment and currency this year, Sudan’s export season is only 1 to 1,500 000 tonnes, two and a half million tons earlier annually.

Due to this, there are assumptions that there is currently a stock of 1.2 million tonnes in Sudan.

Also, 3,00,000 tonnes of sesame stock is lying at the port of China, which can be considered normal because every year from July- September, almost 3,00,000 tonnes of sesame from Tanzania and Mozambique keep coming to China. However, in the next one and a half months, stocks at China’s port will likely drop by 50%, as no single country is expected to order a larger quantity in the world market.

Once China’s stocks go down, there are assumptions that the demand for Indian natural sesame is likely to get started again. At the same time, the demand for sesame is stable in European countries. Also, a tender of 7-8 thousand tonnes might come by the end of July or maybe August.

At the starting of July, the price of sesame was improved in comparison to June. Thus, there is a possibility of a minor recession in the sesame market, but there are hopes of increasing a minimum of $60 to 70/ mt.