Will increased buying of turmeric support its price in India? 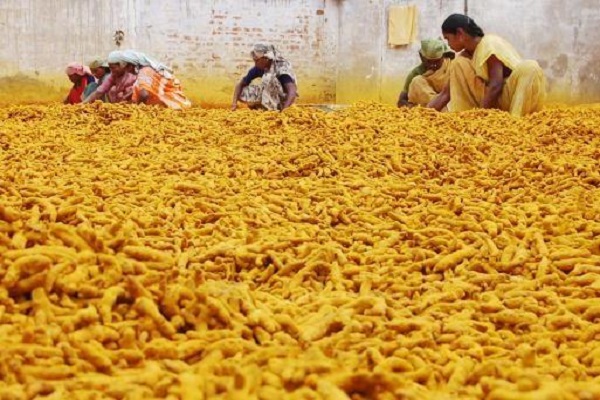 Turmeric prices have been on an upward trend since last Saturday. Despite some markets remaining close due to Shri Guru Nanak Jayanti, the spice prices have been in a bullish mode. Several factors are influencing the increase in the price of the crop.

As the new crops are arriving in the market, the stockists are back. The purchase has gone high, and stockists and traders have increased their purchases due to the damaged crop in south India.

According to experts, the recent rain in South India has likely caused the damage.

South India alone contributes 50 percent of the turmeric of the country. Therefore, if crop damages in the region, prices are expected to go upward in the coming days.

Already there has been a decrease in the crop supply by 42 percent in the market last week.

Three factors have contributed to the lack of imports from other countries for Indian turmeric, they are:

It is believed that once these issues are sorted, and mainly the travel ban is removed, the prices of Indian turmeric will increase.

As of now, though, the international demand hasn’t been reported to have increased, but the domestic demand has grown with the arrival of the winter season.

In Nizamabad, the price was up for the crop by 200-400, whereas the future has hit a six percent hike.

On the NCDEX, the price for December delivery has been quoted to be Rs 7696 per quintal, which is Rs 534 or 5.98 percent higher.

The overall price mode of the crop has been on an appreciative mode after it experienced a bearish trend earlier this month.

While this is the overall prediction for India’s turmeric production, there is a decrease in sowing acreage for the spice in Andhra Pradesh compared to last year. Andhra Pradesh has planted 19,955 hectares compared to the previous year’s 20,942 hectares. However, this year’s sowing area is still above the average sowing area in the state, which is about 19,551 hectares.

However, with the news of crop damage, a different market and yield are likely to happen. It now remains to be seen how much the heavy rain has affected the crops in South India.