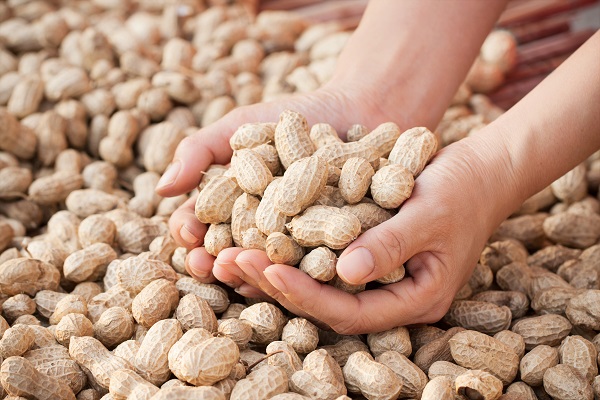 The war between Russia and Ukraine is making the peanut market challenging in India and worldwide. Here is a quick overview of the peanut market, the highlights, and the demand trend in this edition.

For 2021-22, India produced 10 million tonnes of edible oil, while the local consumption was 23 million tonnes. According to market experts, edible oil consumption will increase by 17 percent in the next four years. As a result, it will be challenging for India to fulfill the domestic oil demand based on self-reliance.

In India, peanut oil remains one of the most expensive edible oils, and with the scarcity of production, the price is on an upward trend. Also, the shortage of sunflower oil due to the war. Therefore, it is helping the price of peanut oil to move up in the country. It is reported that farmers during the rabi season were selling the commodity for oil extraction instead of the seeds.

The government is now concentrating on procuring the seeds for the next season.

Reports state that farmers have made a good margin with peanuts during the last 3 to 5 crop cycles. But despite the increase in the acreage, the demand is still more than production; hence India might have to start importing peanuts.

Also, Indonesia’s sudden stop of the imports of Indian peanuts is putting pressure on the market. The situation can be unfortunate for the new crops in India as shipments are stranded.

It remains to be seen how India copes with this new trend.

Meteorologists have predicted another dry spell in the peanut-growing regions of the US, which can impact the production of the crop.

However, the current situation is different for the peanut manufacturers and shellers. They have covered their position while securing it until the end of the year. But the carryover and the uncontracted stock remain a concern for them.

There are reports of good demand for the commodity. Also, the shellers are hoping to close the supplies as soon as possible.

The sowing of the new crop has not started yet. However, due to the war, there will be a significant increase in the sowing of corn. The US is trying hard to be self-reliant with its corn supply. It is, however, unclear yet, how the increase in corn sowing acreage will impact the peanut sowing acreage.

Argentina had a moment of cheer with the demand for peanuts in the international market, But freight prices increased, the congestion in the route and the ports in Europe due to the war the demand has slowed. Also, the failure of vessels to reach the ports on time makes the importers wary about placing new orders.

Argentina exports a considerable quantity to Netherland and other European regions, but now the demand is less.

Reports state that the La Nina didn’t affect the crop yield as feared earlier during the growing period. Instead, 80 to 85 percent rain helps the crop growth. But it can change as nights get colder and are likely to further decrease in the coming days. In addition, it can impact the healthy crop as frost can set in.

Despite the drought, Brazil had a good crop yield this year. 60 to 70 percent of the harvest is over, but the international demand is significantly less this year.

In the Parana and Matto Grosso do Sul regions, shellers face minor Aflatoxin issues and quality constraints. But with the better yield, the shellers are working closely with the Agricultural department to find new export destinations and the current situation.

Exporters are now pushing for shipments to Canada, Algeria, Mexico, and South Africa after Ukraine and Russia have consumed most of Brazil’s peanut export.

The increased demand for peanut oil puts the market on an upward trend. The exporters are contributing to keeping the prices intact.

A sudden surge in the COVID cases has impacted the supply chain, as the ports closed, and the import volume decreased by 81 percent from 2021 to 2022.

However, there is a good demand for all the peanut products in China now after it experienced a lull till March-end. There is also good demand for the blanched peanut in the local and export market.

The peanut grown in Indonesia matches the domestic demand and is expected to grow until May, the time of Eid. Therefore, Indonesia is not importing from India as of now.

The peanut season is near the end, and the export is over. Hence, there will be an upward trend for the nuts due to the good demand until the new crop arrives.

Nigerian peanut market is running due to the high domestic demand. However, the export has been sluggish this year due to the country’s higher freight rate and inflation.

Most of the goods are being sent to chorusing mills for oil since there is low demand from China, which is the primary importer of Senegalese peanuts.

Peanut oil consumption across Asia has increased after the export of the sunflower oil was stopped from Ukraine and Russia. However, the situation is likely to average only after the export restores from the war-torn regions.

The overall price of the peanut in the European market is stable, and it is despite the uncertainty that looms due to the war. In addition, the heavy congestion in most European ports is affecting the supply chains significantly.